Investors from all over the world are looking for the freshest projects to increase their returns. They might come across the MARS4 project that has been continuously growing and appearing on more and more platforms. Now listed on PancakeSwap, MARS4 is more accessible than ever as it became a multichain project.

MARS4 is a blockchain-based Play-to-Earn game project split into three interconnected parts: land plot NFTs, MARS4 dollars and the upcoming game. These elements come together, allowing players to experience virtual Mars and provide the tools to earn from it.

MARS4 NFTs are land plots on virtual Mars that were modeled after NASA’s data to give the most accurate experience of the Red Planet. Their topography will be used for playable zones, so landowners of Mars will be able to interact with their NFT, explore and even terraform it.

MARS4 will be a survival game where players struggle against the harsh realities of the Red Planet, explore the vast land and build their dream constructions. The main goal of the MARS4 game developers is to create a fun and captivating game that allows players to gain financially from it.

The first playable version of the game will be available from 2022, Q3. It will be a single-player sandbox building and survival experience where the developers and community will refine the mechanics together. Later on, a multiplayer version is planned to be released making MARS4 the first virtual Mars metaverse. 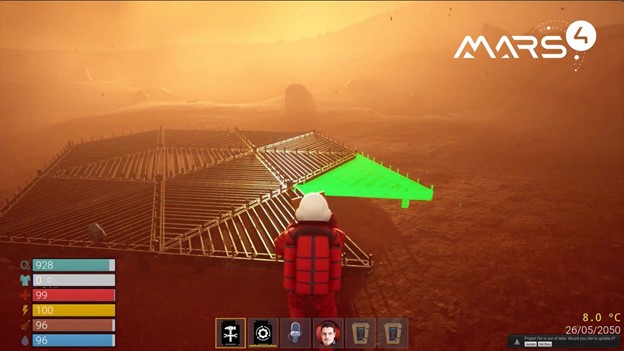 Why is it worth buying MARS4 NFTs?

Owning a MARS4 NFT comes with many financial benefits as it provides several ways landowners can earn from them.

First of all, MARS4 NFTs generate passive income for their owners. All sales are divided into Epochs. After one Epoch ends, 51% of the revenue from sales will be distributed to the previous landowners.

Secondly, the end of the Epoch increases the price of MARS4 NFTs due to the scarcity principle: the less land is out there, the higher the price will become. 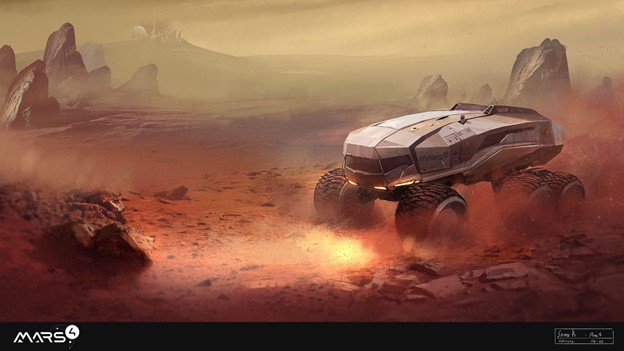 What is PancakeSwap, and why is this listing so significant?

Recently, the MARS4 dollar has been listed on PancakeSwap, reflecting a significant milestone for the project. Previously listed on several Ethereum based exchange platforms such as KuCoin and SushiSwap, Mars4 became a multi-chain project with PancakeSwap listing.

PancakeSwap is a fast-growing, decentralized exchange platform based on Binance Smart Chain (BSC). The exchange rates on PancakeSwap are lower compared to platforms based on Ethereum. Ethereum allows only 30 transactions per second, and that is not a lot considering the high demand. The demand increases the transaction fees, commonly known as gas fees.

Lower transaction fees are one of the reasons why PancakeSwap has gained such a following and can compete with such platforms as UniSwap, a decentralized exchange platform based on Ethereum.

The Growth of MARS4

The MARS4 project continues to expand, improving opportunities for investors. The community of MARS4 already reached over 175,000 users across various platforms. Recently, the token was listed on KuCoin as well, and the staking program that is accessible directly from the MARS4 website was launched. The staking pool of 50,000,000 tokens was filled in a few days after the announcement of the staking program.

MARS4 is also supported by Illuvium, who are the main advisors for the project and backed by top-tier VC investors.

The MARS4 project has been growing steadily. With recent launches such as the staking program and the KuCoin listing, MARS4 continued to enhance the user experience. With the PancakeSwap listing, MARS4 became a multichain project, giving its users the flexibility to trade tokens with lower gas fees.

To celebrate the listing on PancakeSwap, we are giving 20% off our land plot NFTs. Press here to get your piece of Mars with a discount or use the “Pancakes2022” promo code on the checkout!