According to a CryptoQuant analyst, the Bitcoin price top isn’t in yet if the pattern of past bull cycles holds any weight.

Bitcoin Might Reach A New ATH In This Cycle

As per a CryptoQuant post, it’s possible that Bitcoin hasn’t yet reached the cycle top, and that a new all time high (ATH) might be achieved soon.

There are two ways to define a cycle. The first is to make the initial point the BTC halving. Here is a chart that shows how the price of the coin moved in the 2012, 2016, and 2020 bull cycles based on this criterion: 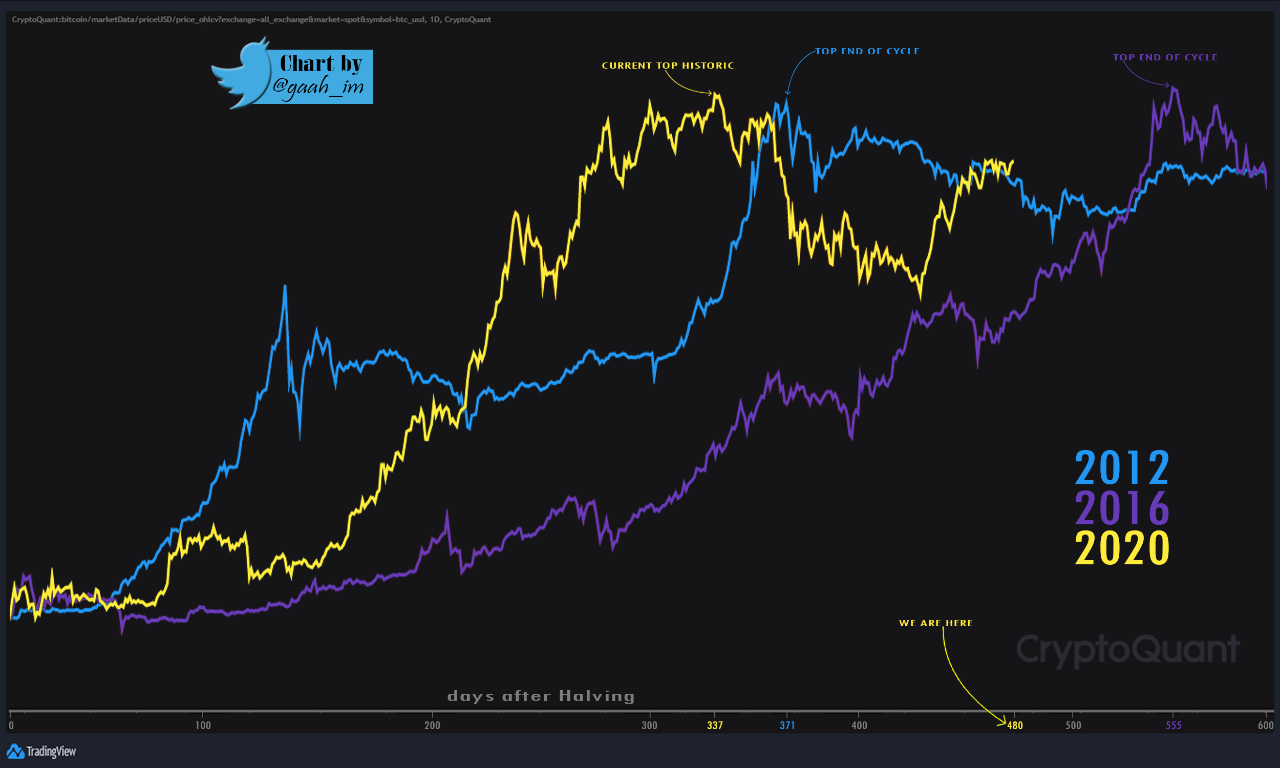 As the above graph shows, the 2012 Bitcoin run showed a peak early in the cycle, and then later hit a larger one. This second peak took 371 days to reach.

Next is the 2016 BTC cycle that also followed a similar pattern of one peak before the cycle top. The larger price high wasn’t achieved until 555 days after the start of the cycle.

Related Reading | Data Shows Nearly 90% of Bitcoin Has Been Mined, Here’s How Long It Will Take To Mine The Rest

Finally, there is the current 2020 BTC cycle. If the cycles do indeed follow a pattern, then the latest ATH was the first peak of the cycle, and thus the cryptocurrency might reach a new ATH towards the end of the cycle.

As Bitcoin cycles look to be getting longer, this one won’t reach its ending until after 555 days at least. Presently, the cycle is at 450 days.

The second way a bull cycle can be defined is by taking the start point as the price breaking the last ATH. Based on this idea, the below chart shows the various cycle tops: 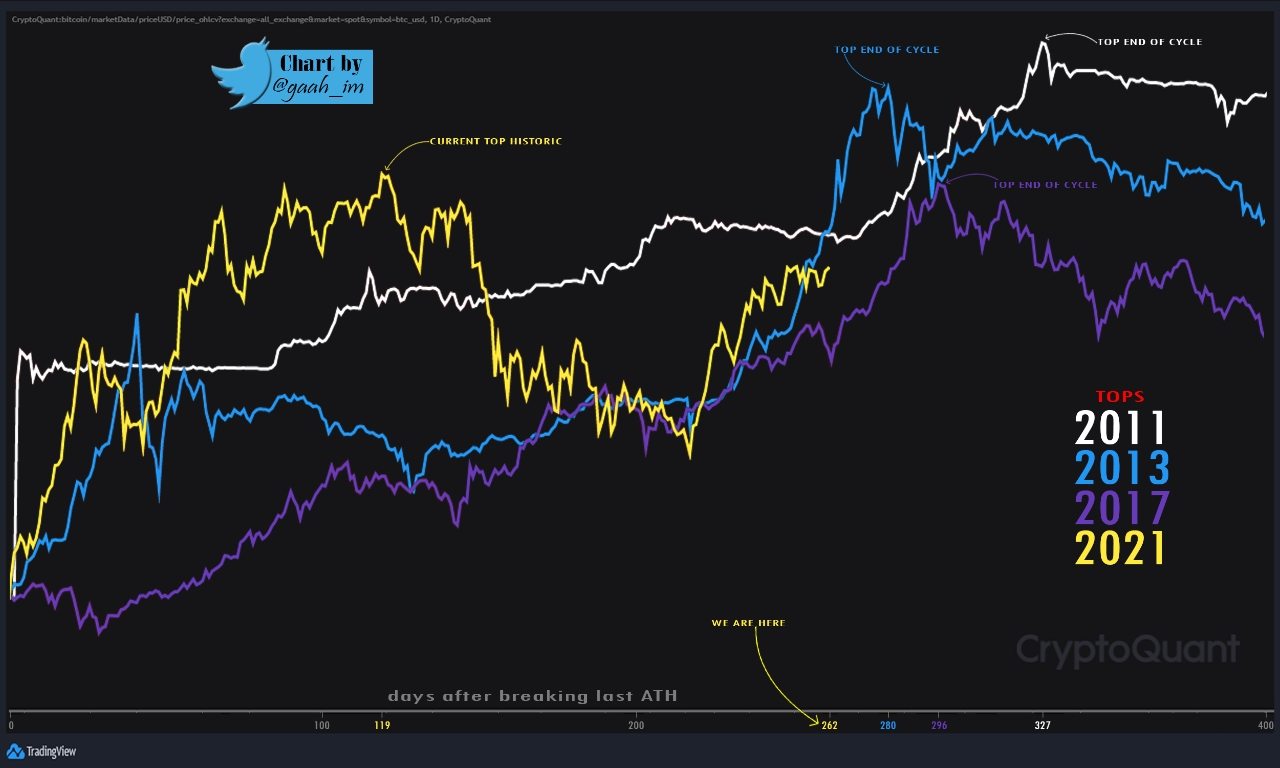 As the above graph shows, all these cycles seem to be following a similar pattern where the top is reached between 283 to 337 days after the start of the run.

Related Reading | As Bitcoin Breaks $50k, Indicators Show A Calm Before The Storm

If this trend is the more accurate one, then the current BTC top should be hit soon enough as right now the cycle is at 262 days, which means a new ATH could be reached as soon as 21 days later.

Bitcoin’s price has finally gained some solid ground above the $50k level as its value floats around $51.2k at the time of writing. The price of the coin is up 7% in the last 7 days, while gains over the last month are around 18%.

Here is a chart showing the trend in the price of the coin over the past three months: