Bitcoin price found a strong buying interest below the $30,000 level. BTC formed a support base near the $29,300 and it started a major recovery wave. 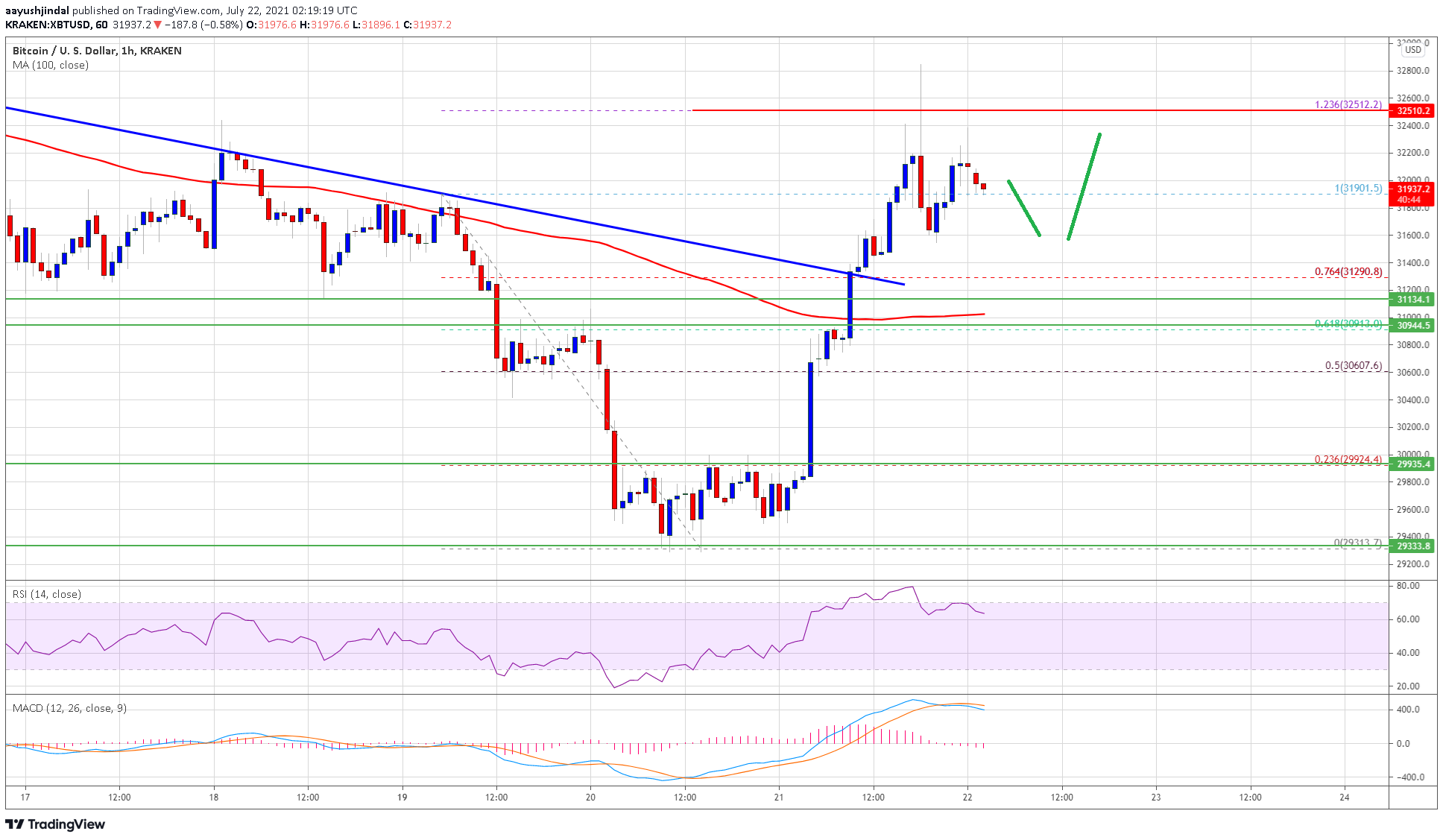 If bitcoin fails to climb above the $32,300 and $32,500 resistance levels, it could start a downside correction. An initial support on the downside is near the $31,500 level.