Craig Wright has won a copyright lawsuit over the Bitcoin Whitepaper following the defendant’s refusal, Bitcoin.org operator “Cøbra,” to affect a defense.

The self-proclaimed BTC owner and BSV advocate plaintiff have since launched a legal campaign against bitcoin.org.

Craig Wright’s disgruntlement lays claims to copyright violation on the part of the informational website for publishing “his” digital currency whitepaper.

David Hodge QC, the judge who presided over the case, issued an injunction ordering Cobra to take down the hosting of the information on the website. It also forbade from infringing on Wright’s whitepaper copyright henceforth.

The judgment, which is mainly U.K.-bound, implies that Cobra’s Bitcoin.org is hence forbidden from making the white paper accessible to, view, download, or “in any other way.”

The injunction, additionally, partly mandates bitcoin.org to publish a copy of the court’s ruling on the case. The examination to ascertain the total damages incurred by the “victorious” plaintiff was also granted.

However, for the time being, Cobra’s Bitcoin.org, as part of compensation for Craig Wright’s expenses on the legal pursuit, must cough up at least 35,000 GBP ($48,600).

In reaction to the verdict, Cobra has taken to his Twitter page to lampoon the prominent digital currency and court credibility.

All your fiat based assets are ultimately secured by the same legal system that today made it illegal for me to host the Bitcoin whitepaper because a notorious liar swore before a judge that he’s Satoshi. A system where ‘justice’ depends on who’s got the bigger wallet.

In his statement, he termed the whole legal scenario as a free quality advert exhibiting “why Bitcoin is more unnecessary.” He termed its acclaimed owner, Craig White, “a notorious liar” who had sworn falsely before the court.

He accused the legal system of a double standard, saying the same system that secures people’s fiat-based assets made it illegal for me to publish the whitepaper.

Tongue-lashing the court, Cobra belittles the credibility of court-based legal proceedings, as they are subjected to corruption by those who “can spend hundreds of thousands of dollars” in them.

I don’t think you could get a better advertisement of *why* Bitcoin is necessary than what happened today.

Rules enforced through cryptography are far more superior than rules based on whoever can spend hundreds of thousands of dollars in court.

“A system where ‘justice’ depends on who’s got the bigger wallet,” he said.

Cobra’s Bitcoin.org is an independent, open-source operation with the main objectives to promote the cryptocurrency’s growth. The website and its creator and operator, Cobra, have been encapsulated in a spate of legal threats, mainly from the nChain Chief Scientist – Craig Wright.

The victory will mean a secondary legal success for Craig White within a month. Recall, last week, a Judge accepted Wright’s “Autism Defense,” saying no to sanctioning.

The ruling was against a motion filed by the Kleiman legal team on May 21, petitioning that sanctions be imposed rather than proceeding to trial. This was in response to their claims that Wright “committed perjury, produced forgeries, and engaged in judicial abuse.” Despite all the legal battles, BTC seems to have embarked on a journey of reclaiming its mark of $40k as the bulls show immense strength. 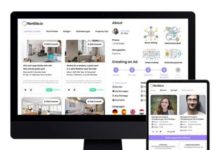