Ethereum extended its decline and it even broke the $2,000 support against the US Dollar. ETH price is now recovering and it might correct higher towards $2,150.

There was a clear break above the 23.6% Fib retracement level of the of the recent decline from the $2,283 high to $1,847 low. Moreover, there was a break above a short-term declining channel with resistance near $1,950 on the hourly chart of ETH/USD. 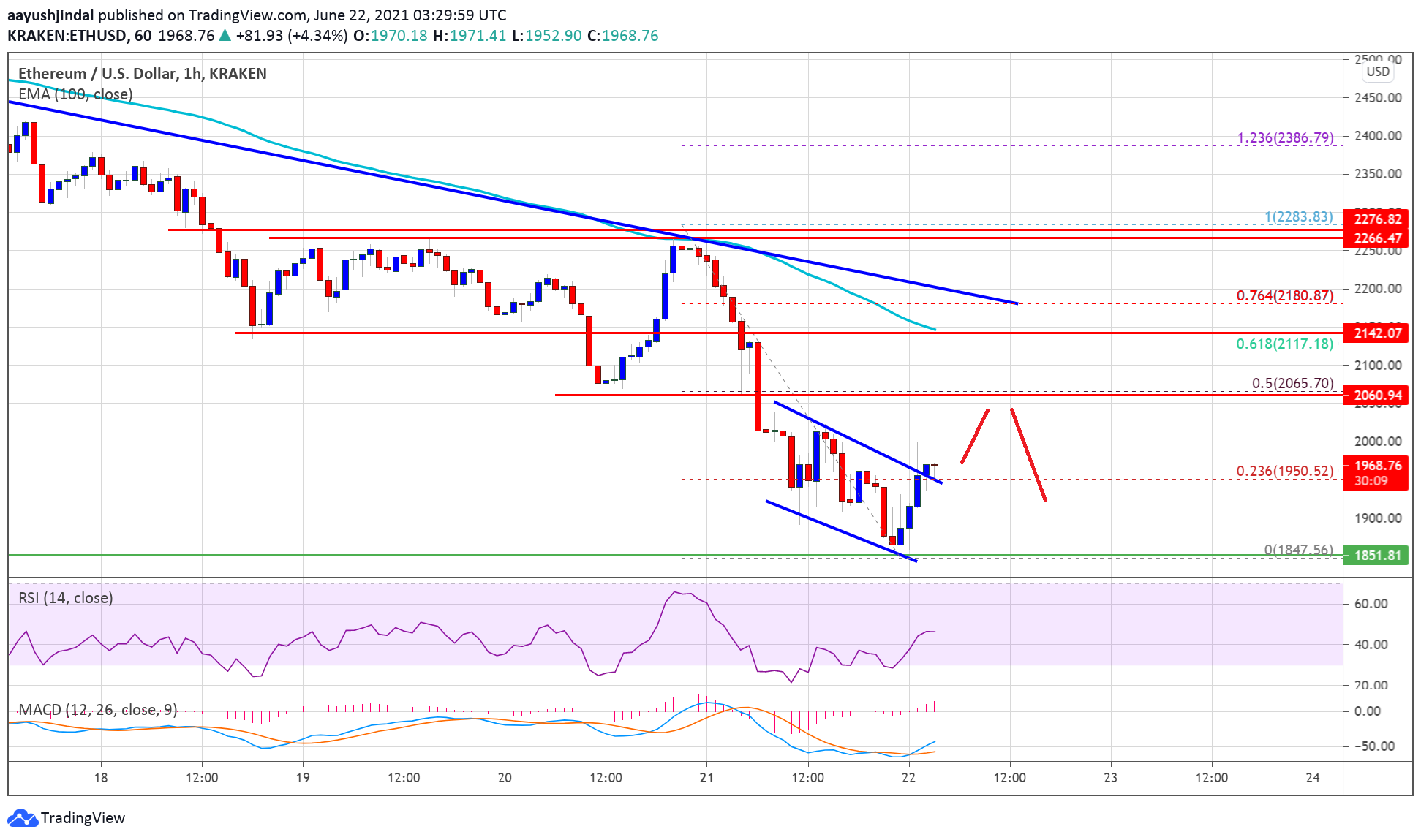 If Ethereum fails to clear the $2,065 and $2,150 resistance levels, it could continue to move down. An initial support on the downside is near the $1,920 level.

The main breakdown support is now forming near the $1,850 level. A downside break below the recent low and the $1,850 support level may possibly call for more losses. In the stated case, ether price is likely to decline towards $1,720 in the near term.

Hourly MACD – The MACD for ETH/USD is slowly recovering in the bullish zone.