Bitcoin price started a fresh decline after it failed to clear $38,000 against the US Dollar. BTC is now struggling below $36,500 and it remains at a risk of more losses.

Bitcoin failed to continue higher above the $38,000 resistance and started a fresh decline. BTC broke the $36,500 and $35,500 support levels to move into a bearish zone.

The price even broke the $34,000 support level and settled well below the 100 hourly simple moving average. It traded as low as $33,373 and it recently started an upside correction. Bitcoin was able to recover above the $34,000 and $35,000 resistance levels. 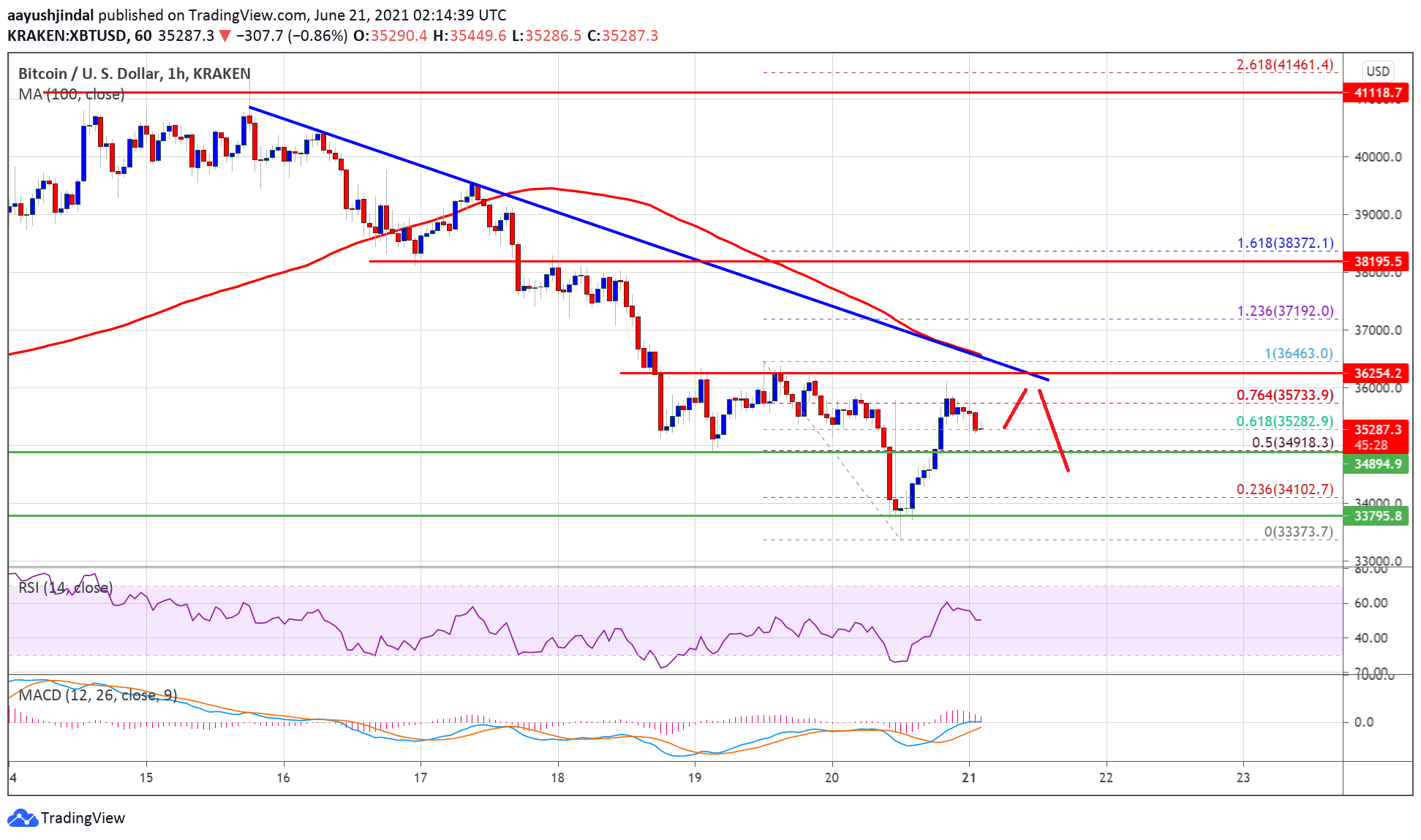 It is still trading well below $37,000 and the 100 hourly simple moving average. The 76.4% Fib retracement level of the recent decline from the $36,463 swing high to $33,373 low is currently acting as a resistance. Besides, there is a crucial bearish trend line forming with resistance near $36,400 on the hourly chart of the BTC/USD pair.

If bitcoin fails to clear the trend line resistance and $36,500, it could continue to move down. An immediate support on the downside is near the $35,000 level.

Hourly MACD – The MACD is slowly moving into the bearish zone.

Hourly RSI (Relative Strength Index) – The RSI for BTC/USD is struggling to stay above the 50 level.