Ethereum remains in a bearish zone and it traded below $2,350 against the US Dollar. ETH price could accelerate lower if there is a close below $2,300.

Ethereum started a steady decline from well above $2,500, similar to bitcoin. ETH traded below the $2,450 and $2,400 support levels to move into a bearish zone.

There was also a break below the $2,350 support zone and yesterday’s low. The price is now trading well below $2,400 and the 100 hourly simple moving average. Ether is managing to stay above the key $2,300 support zone. A low is formed near $2,304 and the price is consolidating losses. 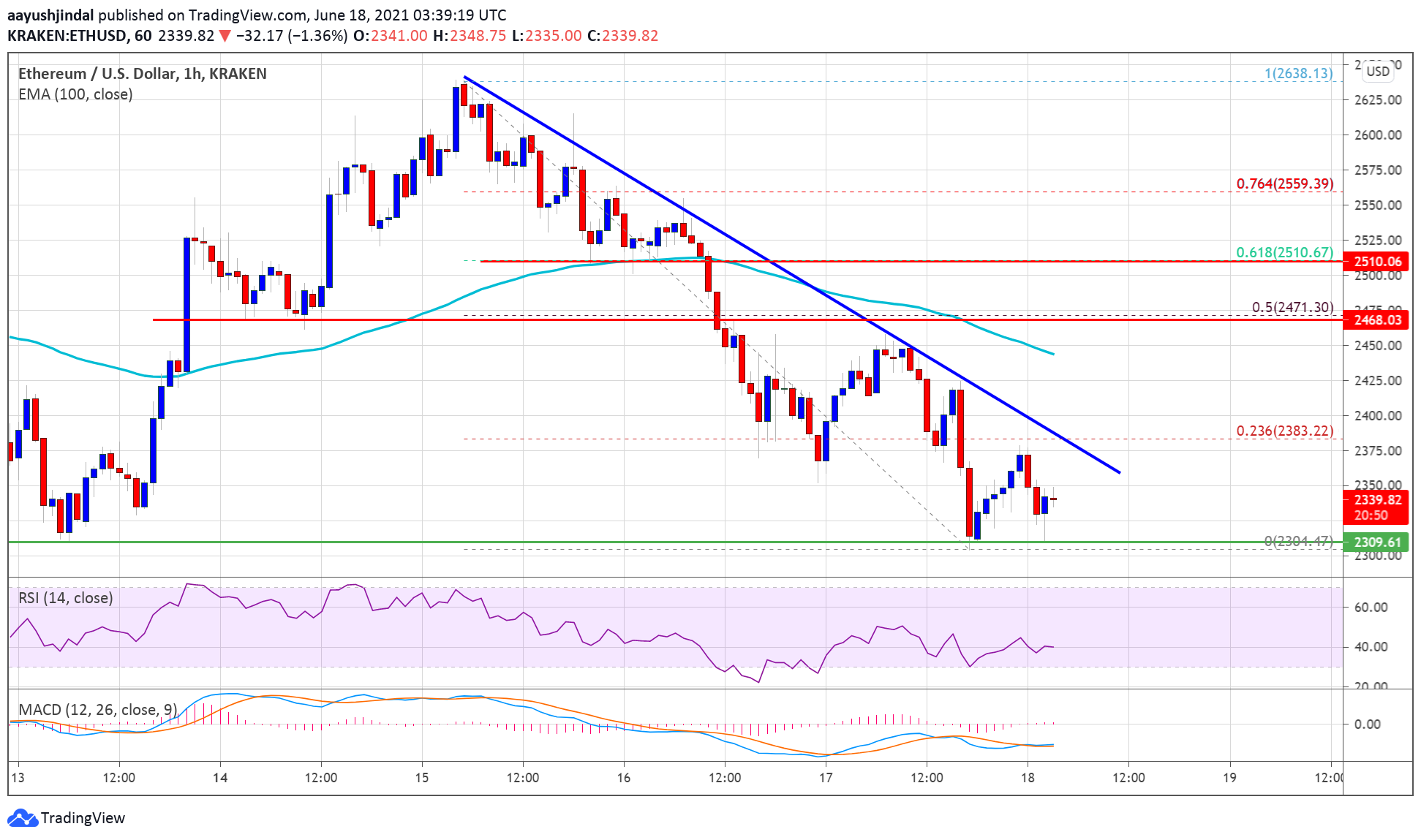 If Ethereum fails to clear the $2,380 and $2,400 resistance levels, it could continue to move down. An initial support on the downside is near the $2,320 level.

The main breakdown support is now forming near the $2,300 level. A downside break below the recent low and the $2,300 support level may possibly spark a major decline. In the stated case, ether price is likely to decline towards $2,150 in the near term.

Hourly MACD – The MACD for ETH/USD is struggling to gain pace in the bullish zone.

Hourly RSI – The RSI for ETH/USD is currently near the 40 level.