Ethereum failed to surpass $2,600 and started a fresh decline against the US Dollar. ETH price is holding the $2,400 support, but it is likely to face sellers near $2,550.

Ethereum climbed above the $2,550 and $2,580 resistance levels. However, ETH failed to gain strength above $2,620, resulting in a bearish reaction. 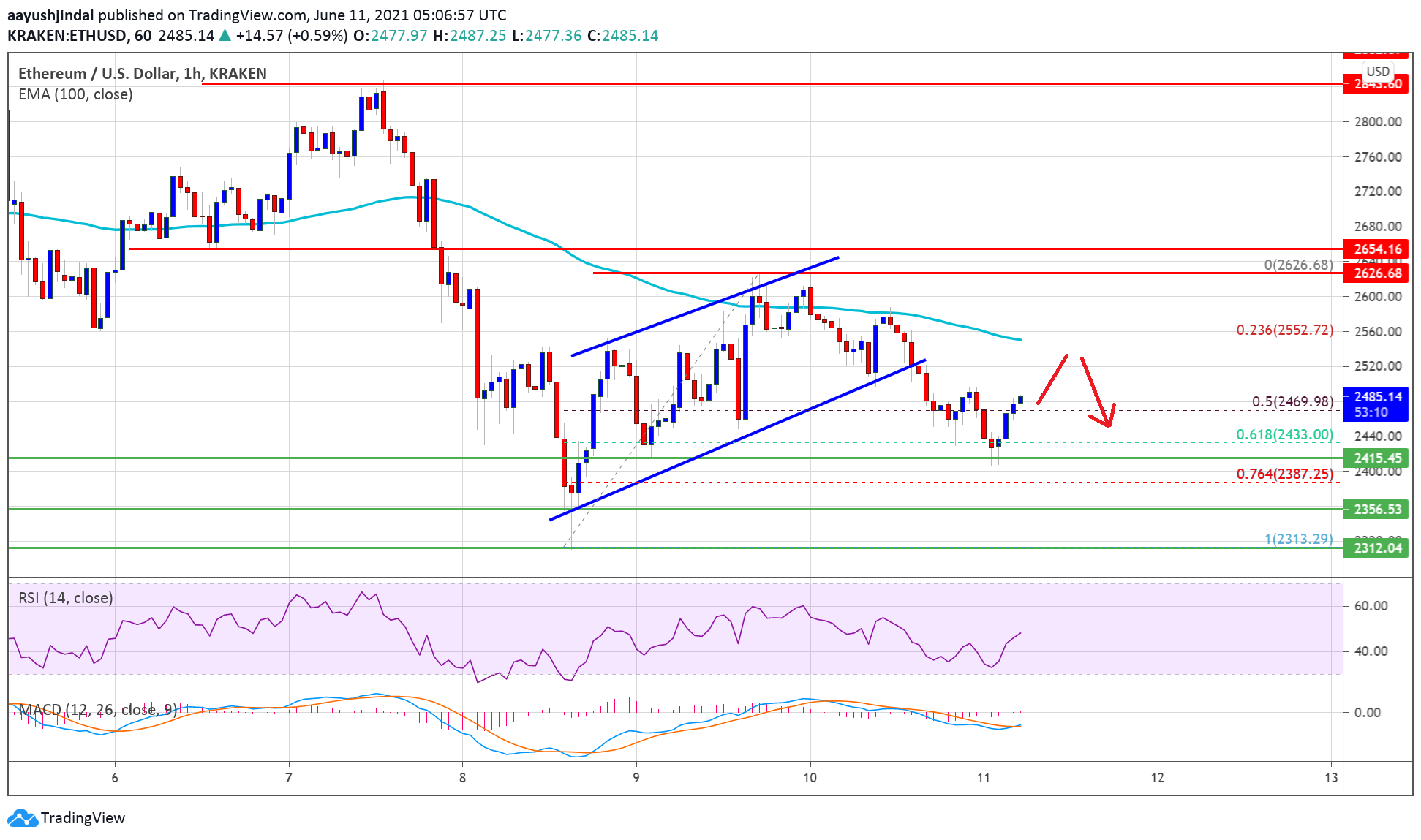 The next key resistance is near the $2,620 level, above which the price might climb higher towards the $2,720 level in the near term. The main hurdle for a larger increase is now at $2,800.

If Ethereum fails to clear the $2,520 and $2,550 resistance levels, it could continue to move down. An initial support on the downside is near the $2,420 level.

The first major support is near the $2,400 level and the recent low. A downside break below the $2,400 support zone could lead the price towards the $2,350 support. Any more losses could possibly call for a test of the $2,310 support in the coming sessions.