Bitcoin failed to settle above the $50,000 level and started a fresh decline. BTC broke many important supports near $48,000 and $47,000 to move further into a bearish zone.

The price traded below the $45,000 support level and settled well below the 100 hourly simple moving average. Recently, there was a minor upside correction from the $43,800 zone. The price climbed above the $45,000 level, but it failed to extend gains. 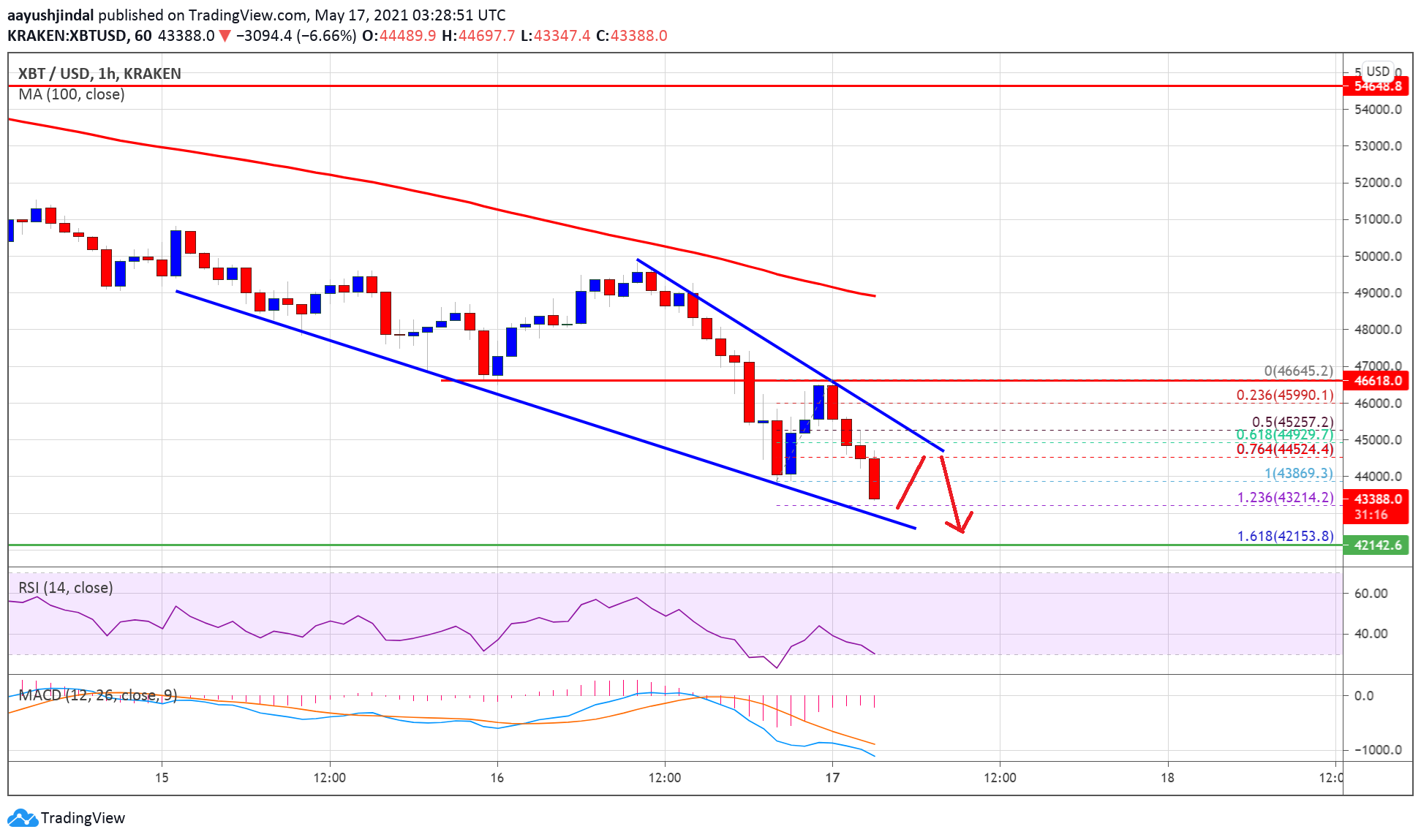 A high was formed near $46,645 before the price started a fresh decline. There was a break below the $45,000 support zone. There is also a key bearish trend line forming with resistance near $45,000 on the hourly chart of the BTC/USD pair.

If bitcoin stays above the $42,000 support zone, there are chances of a decent increase. An initial resistance on the upside is near the $45,000 level and the trend line.

The main resistance is near the $46,500 zone. A close above the $46,500 level is needed to start a steady increase in the coming sessions.

Hourly RSI (Relative Strength Index) – The RSI for BTC/USD is moving lower towards the 20 level.