Ethereum gained bullish momentum and traded to a new all-time high above $2,700 against the US Dollar. ETH price is likely to continue higher above $2,700 and $2,750.

Ethereum remained in a strong uptrend and it broke the $2,650 resistance zone. ETH even cleared the $2,700 resistance and settled well above the 100 hourly simple moving average.

There was a break above a major rising channel with resistance near $2,580 on the hourly chart of ETH/USD. It traded to a new all-time high near $2,720 before starting a downside correction. Ether declined below the $2,700 and $2,680 levels.

There was a break below the 23.6% Fib retracement level of the recent surge above the $2,431 swing low to $2,720 high. The price is now testing the broken channel resistance zone near the $2,625 level. 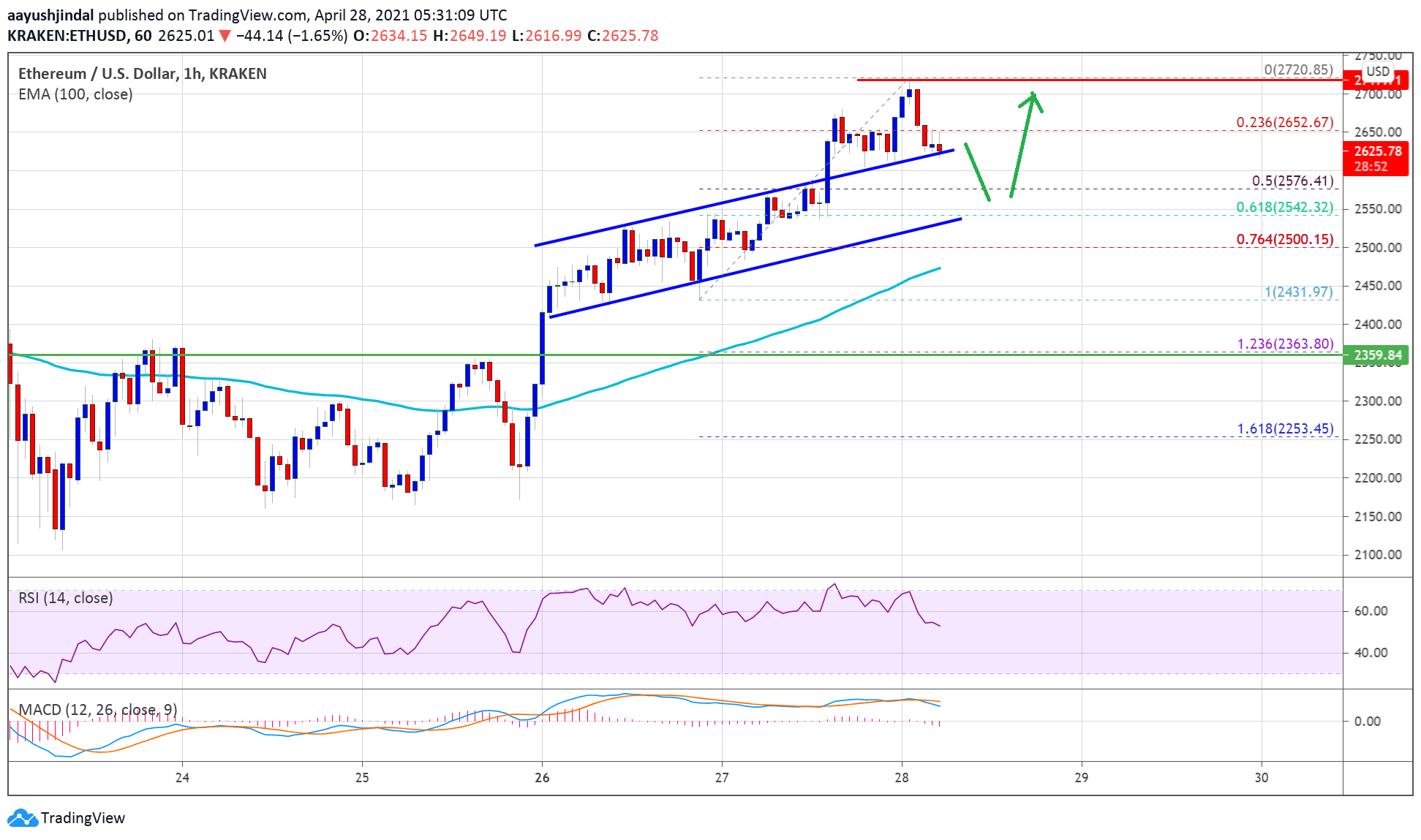 If Ethereum fails to extend gains above $2,700, there could be a downside correction. An immediate support is near the channel trend line or $2,600.

A downside break below the channel support could lead the price towards the $2,575 level. Any more losses might call for an extended decline towards the $2,500 support zone or the 100 hourly simple moving average in the near term. An intermediate support might be near $2,550.

Hourly MACD – The MACD for ETH/USD is now losing momentum in the bullish zone.

Hourly RSI – The RSI for ETH/USD is now approaching the 50 level.