Ripple extended its rally above the $1.200 resistance zone before correcting lower against the US Dollar. XRP price is now consolidating gains and it is likely to rally again above $1.400.

In the past few days, ripple’s XRP saw a strong surge above $1.0000, unlike bitcoin and ethereum. XRP broke many hurdles near $1.200 to move further into a positive zone. 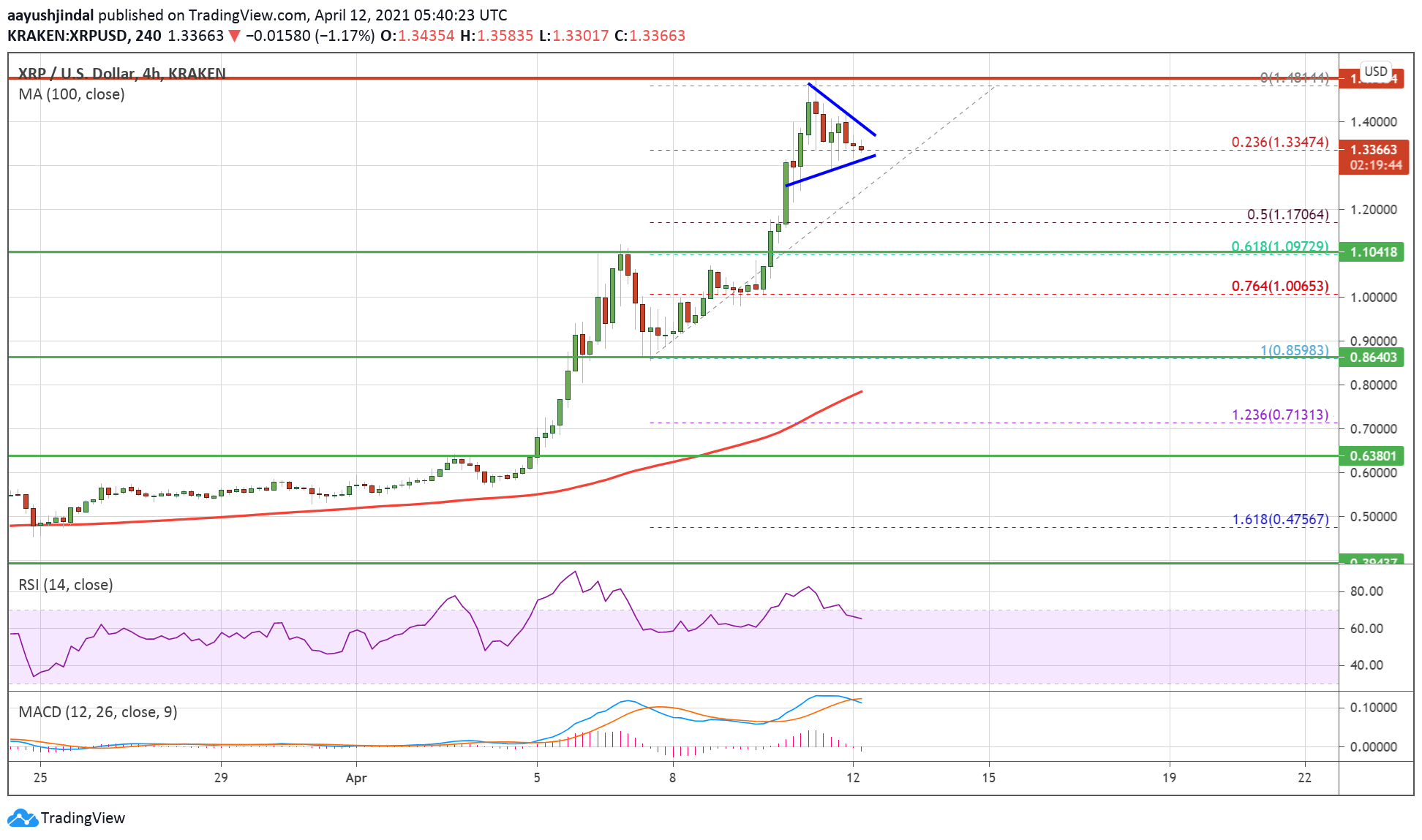 There is also a key contracting triangle forming with support near $1.310 on the 4-hours chart of the XRP/USD pair. The pair is placed nicely above the 50% Fib retracement level of the upward move from the $0.8598 swing low to $1.481 high.

The next major support is near the $1.2500 level. Any more losses might call for a drop towards the $1.120 support zone in the coming sessions.

4-Hours MACD – The MACD for XRP/USD is slowly losing pace in the bullish zone.

4-Hours RSI (Relative Strength Index) – The RSI for XRP/USD is still well above the 50 level.