Bitcoin price is recovering nicely above $55,000 against the US Dollar. BTC is likely to start a strong increase if there is a daily close above the $57,000 resistance. 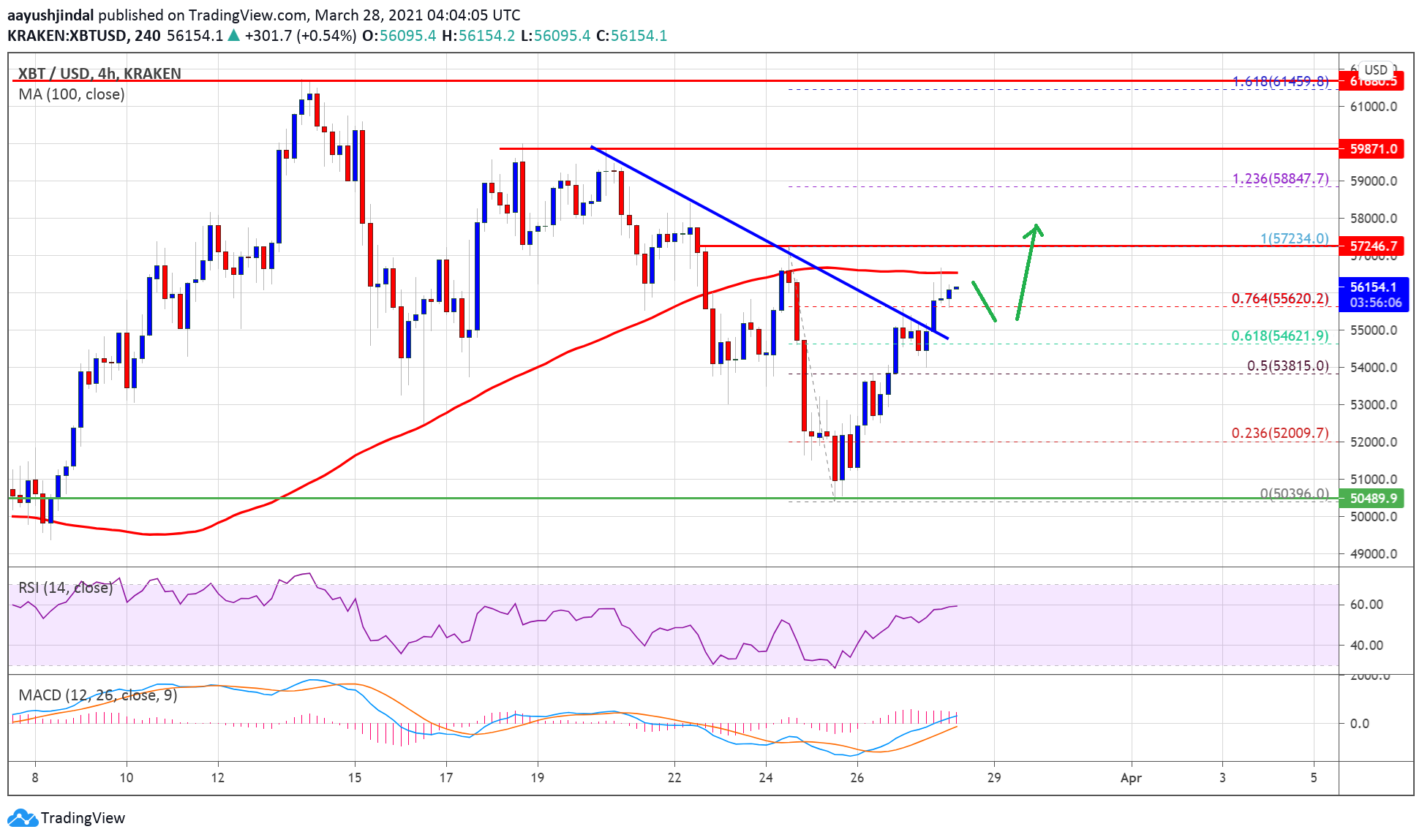 Moreover, there was a break above a major bearish trend line with resistance near $55,000 on the 4-hours chart of the BTC/USD pair. The pair is now trading above the 76.4% Fib retracement level of the downward move from the $57,235 swing high to $50,400 swing low.

If bitcoin fails to settle above the $57,000 resistance or the 100 simple moving average (4-hours), there is a risk of a fresh decline. An initial support on the downside is near the $55,500 level.

4 hours MACD – The MACD for BTC/USD is gaining momentum in the bullish zone.

4 hours RSI (Relative Strength Index) – The RSI for BTC/USD is now moving nicely above the 50 level.