Bitcoin price is gaining momentum and it broke the $60,000 resistance against the US Dollar. BTC is showing positive signs and it could continue to rise towards $65,000.

This past week, bitcoin price started a steady increase above the $55,000 resistance against the US Dollar. The BTC/USD pair even broke the $58,000 level and settled above the 100 simple moving average (4-hours). 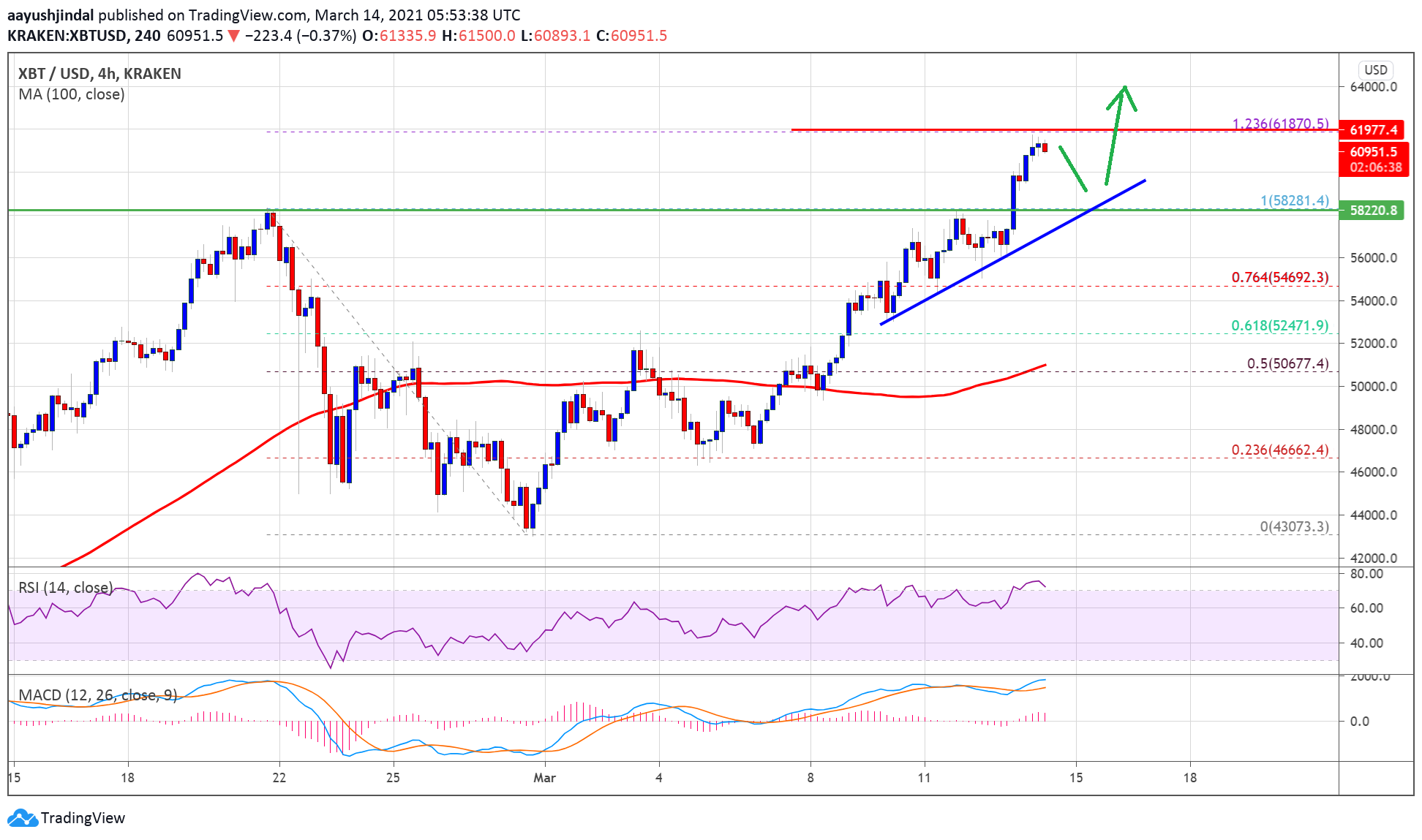 The price is currently correcting lower below the $61,000 level. On the downside, an initial support is near the $60,000 level. There is also a key bullish trend line forming with support near $58,500 on the 4-hours chart of the BTC/USD pair. Any more losses could open the doors for a move towards the $58,000 and $57,200 support levels.

4 hours MACD – The MACD for BTC/USD is gaining bullish momentum in the bullish zone.