Ripple is holding gains above $0.2800 against the US Dollar. XRP price is likely to accelerate higher towards $0.3500 once it clears the $0.3100 resistance zone. 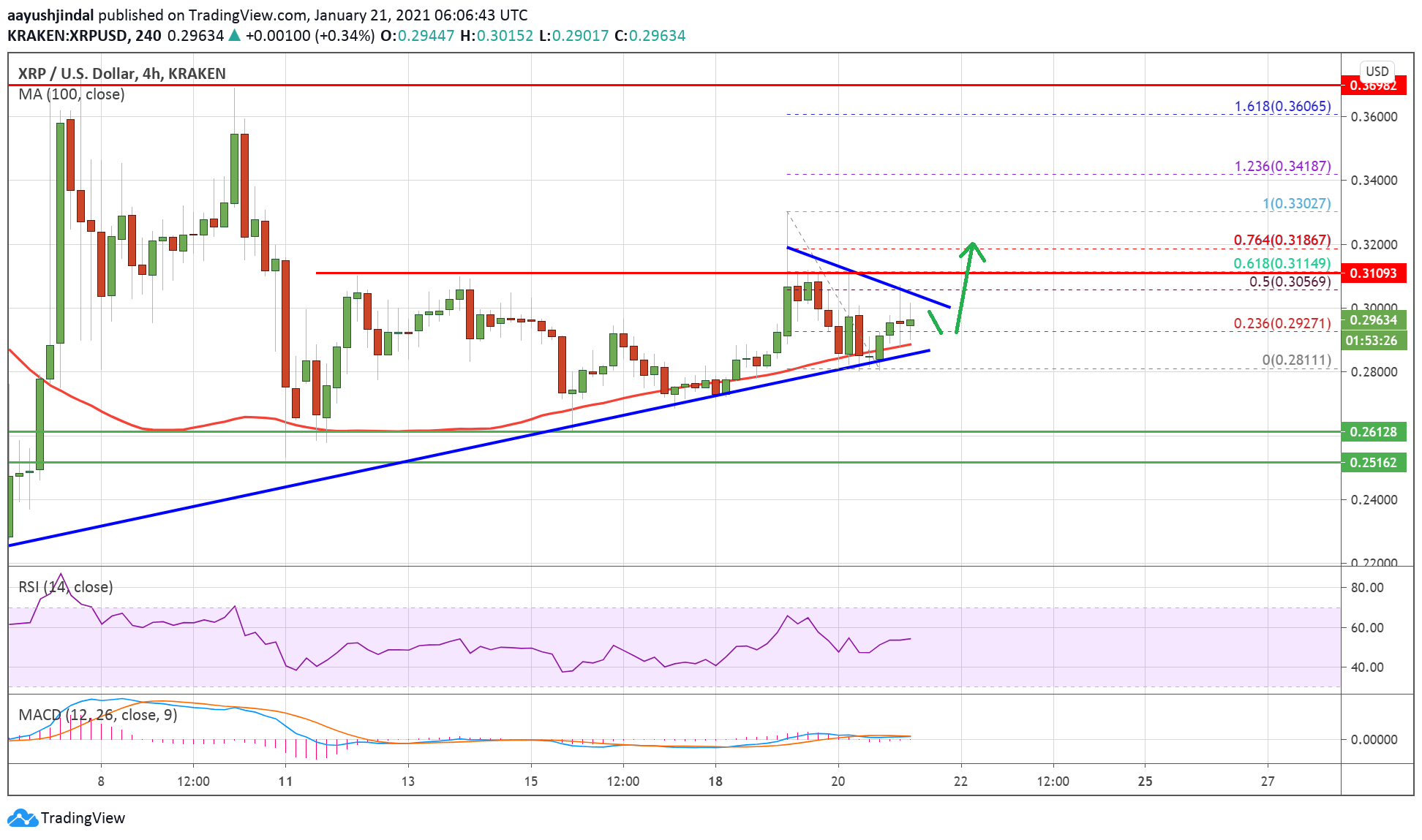 A downside break below the triangle trend line, $0.2850, and the 100 SMA (H4) could accelerate losses. In the stated case, the price could decline sharply towards the $0.2600 support zone in the near term.

4-Hours MACD – The MACD for XRP/USD is showing positive signs in the bullish zone.

4-Hours RSI (Relative Strength Index) – The RSI for XRP/USD is now above the 50 level.