Bitcoin price formed a strong support base above $26,000 and started a fresh increase against the US Dollar. BTC is gaining momentum and it is likely to break $28,000 and $28,400.

After a short-term downside correction, bitcoin price found support near the $26,000 zone. BTC likely formed a double bottom pattern near $25,800 and started a fresh increase.

It broke many hurdles near $26,400 and $27,000 to move into a positive zone. There was a clear break above the key $27,300 resistance zone and the price settled above the 100 hourly simple moving average. There was also a break above a major bearish trend line with resistance near $26,800 on the hourly chart of the BTC/USD pair. 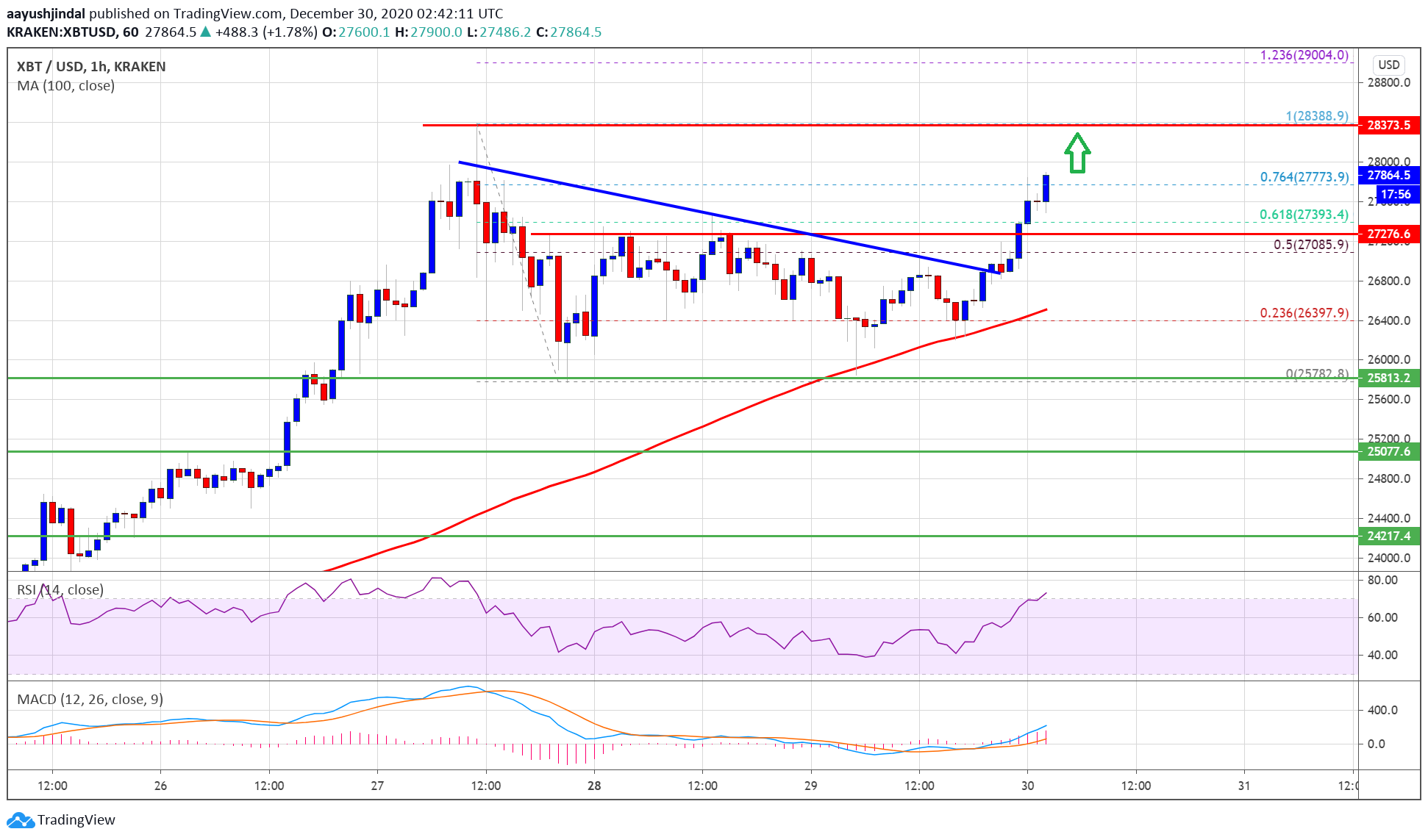 The price is rising and trading just above the 76.4% Fib retracement level of the downside correction from the $28,389 swing high to $25,782 low. It seems like there are chances of a sustained upward move above the $28,000 resistance zone.

Any more upsides might clear the path for a fresh all-time high above the $28,400 level. In the stated case, the price could even rally towards the $30,000 level.

If bitcoin starts another downside correction, it is likely to find support near the $27,300 zone (the recent breakout zone) or the $27,200 level.

The next major support is near the $26,500 level and the 100 hourly SMA. Any more losses could lead the price back towards the key $26,000 support zone in the coming sessions.

Hourly MACD – The MACD is gaining momentum in the bullish zone.

Hourly RSI (Relative Strength Index) – The RSI for BTC/USD is currently well above the 50 level.