“Together we grow!” This is the slogan of Mining City, a company with a solid foundation in the cryptocurrency market. Is this catchphrase a real promise, or an overstated declaration? Let’s find out.

Cryptocurrencies are considered by many as the “gold of the digital age”. Just as the discovery of gold deposits in North America caused the famous Gold Rush, the introduction of Bitcoin in 2008 significantly affected the financial circulation on the Internet.

It is safe to say that we are dealing with a “Crypto Rush”, which is becoming increasingly popular and contagious. Some people trade daily, others keep crypto assets for their future value (this is called “hodling”). There’s pressure and fast circulation – the “Rush” in the market…

In 2019, Mining City decided to join the mining race and is taking bolder and bigger steps to grow and develop. It’s worth taking a closer look at them.

Hashpower is the computing power needed to generate cryptocurrencies. This is the product and service that Mining City offers its customers. Hashpower provided by Mining City is used to mine Bitcoin (BTC) and Bitcoin Vault (BTCV).

Bitcoin is the first-ever cryptocurrency and still the leader of the pack. It takes an enormous amount of power nowadays to mine Bitcoin. Bitcoin Vault, meanwhile, is an innovative crypto, which was launched in December 2019. It was started by a Bitcoin hard fork procedure. It’s growing rapidly and is listed on numerous popular exchanges, including Liquid, MXC, and BKEX.

Mining City provides its customers with mining plans for the Bitcoin and Bitcoin Vault cryptocurrencies. Clients have purchased approximately 850,000 BTCV mining plans so far. The mining rewards are recorded on individual user accounts, so users don’t need to have their own advanced (and expensive) infrastructure to mine cryptocurrencies directly. There’s an international operation available at your service. 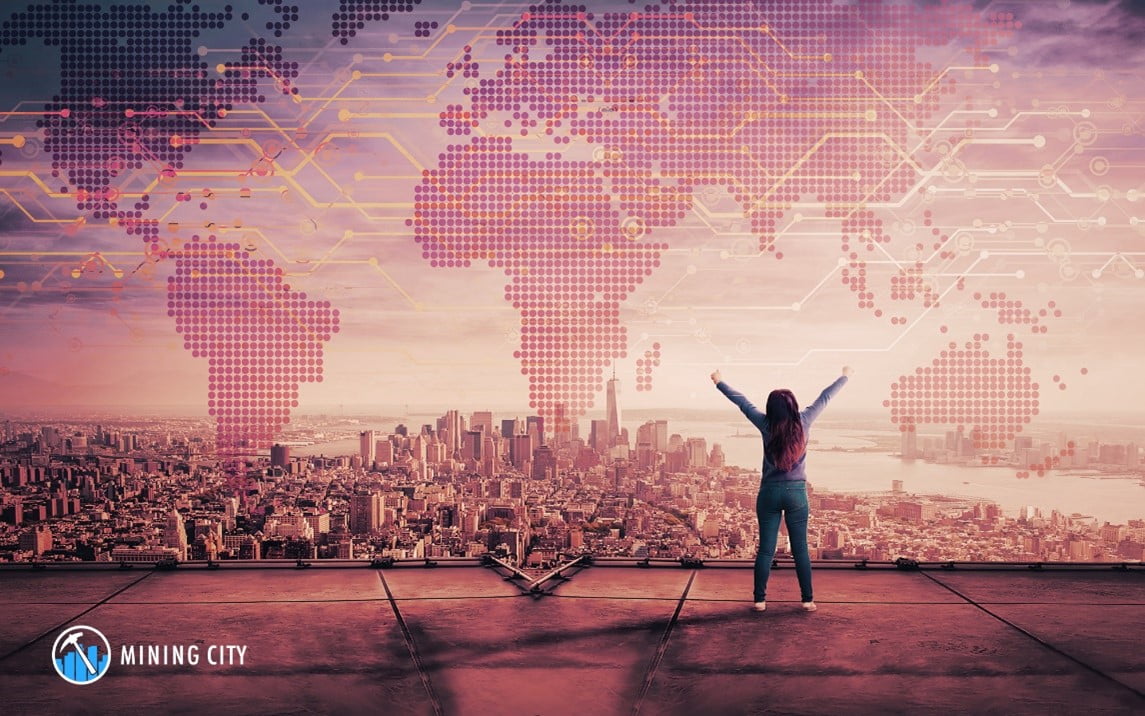 Mining City has access to mining farms in China and Kazakhstan where electricity prices are low. Gargantuan amounts of power are consumed by mining devices working around the clock. The bigger the scale of the enterprise, the bigger the electricity bill. Every crypto mining entity wants to pay as little as possible for electricity.

As an international company, Mining City operates in more than 50 countries, and its 24/7 Customer Support staff speaks 20 languages.

All citizens in a big City

In the words of English playwright William Shakespeare, “What is the city but the people?” (Coriolanus, 1605?). And the question is a very valid one, even when talking about a “digital city” centuries later – there’s just no city without people living in and for it. It takes a lively, enthusiastic, and enterprising community to populate the urban infrastructure in order to be considered a “true city”.

There is no concern about that in Mining City. One hundred percent of their population consists of energetic, competent, ready, and willing people. 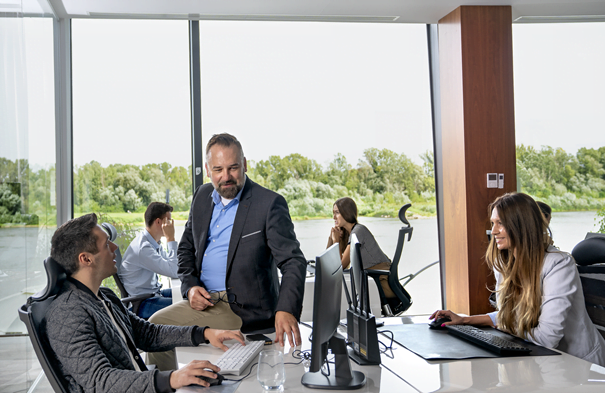 The CEO of Mining City, Greg Rogowski founded the company in 2019. He is the main architect and developer of the metropolis, leading his mining operations into an ever-expanding realm of cryptocurrencies.

“We consider our community a family, therefore global events are very important to us. During our conventions we learn, we laugh, and we inspire each other,” he said at a recent meeting.

Greg has extensive experience in the media and marketing sectors and brings all of the knowledge to the table to build Mining City. Having excellent knowledge of the industry and strong focus on success he expanded Mining City into a serious market player.

“Together we grow” is their motto, so with such a staff, Mining City can expand vigorously every day and make bold plans for the future. Not just mining machines, but people make Mining City real.

“By joining our network and choosing one of our plans you procure calculating power that allows you to mine Bitcoin [and Bitcoin Vault] at a certain rate and certain speed,” says the Mining City website.

With the growing popularity of Bitcoin Vault, the Mining City community and its network of associate miners is growing in numbers. As one of the most transparent hash renting companies in the world, Mining City provides you with exact information about the electricity costs, the hash rate, and all the required specifications of the connected miners.

Mining City’s results can also be checked at https://btc.com/stats/pool/MiningCity and the mining farms that they use will soon be equipped with cameras for 24-hour streaming. Mining City is doing more and more for its international credibility as the mining infrastructure and the miners’ network both expand.

Want to keep up to date? You can start by visiting their social media channels:

Should you get to know Mining City? If you consider yourself a committed explorer in the world of cryptocurrencies, you definitely should! The scale and international character of their enterprise, the competence of the people involved, make the company worth your attention as a serious player in this dynamic market.