Blockchain technology has made a lot of headway since its inception, leading to the development of hundreds of DApps in DeFi, gaming, content management and plenty of other verticals. While most of these applications utilize the standard features offered by leading blockchains, there are few that have innovated in the space to create an entirely different experience.

The use of conventional blockchains also comes with its own set of challenges and shortcomings, which range from scalability issues to cumbersome development process, and even lax security. It also means that developers are left with very little wiggle room to get creative, especially when it comes to gaming and multimedia Dapps.

Enters Flow, a Blockchain for Next Generation Crypto Games

At the end of 2017, a new blockchain game called CryptoKitties took the blockchain world by storm. A major success, it was one of the earliest attempts to use blockchain for entertainment. Its growing popularity clogged the Ethereum network, causing huge delays in ETH transactions. It was possibly the first time nonfungible tokens (NFTs) were widely used. Since then, the team behind CryptoKitties started Dapper Labs and created a lot of other projects including NBA Top Shot, Dapper Wallet, Cheese Wizard, and more. Flow Blockchain is yet another creation of theirs which is designed based on their learnings over the years, to support the next generation of games, apps and digital assets that power them.

The Flow Blockchain overcomes a lot of issues that are native to mainstream blockchain protocols. It is a layer 1 blockchain solution that is fast, secure, and developer-friendly. By taking into account their experience in building blockchain games, Dapper Labs has woven together NFT and DeFi capabilities into their solution to create an ecosystem that can equally support entertainment and the true digital economy.

The ability of Flow Blockchain to handle complex decentralized systems while maintaining high levels of scalability makes it ideal for the next generation of NFT driven DApps. It uses a novel four-node architecture to optimize speed and cost that can scale with hardware capacity without affecting decentralization or disrupting the network. It is an ideal alternative to the most widely used Ethereum blockchain which is plagued by scaling limitations and high gas costs that are limiting widespread adoption by being slow and expensive.

Unlike other scaling solutions including “Sharding” on ETH 2.0 and NEAR, or Layer 2/sidechains on the Ethereum network, the scalability achieved by Flow neither increases the complexity of DApp development nor does it cause delays in verification on the main chain. The benefits offered by Flow can be directly attributed to its method of storing network state on four nodes instead of all the nodes in the network, while the very multi-node architecture design also increases performance. 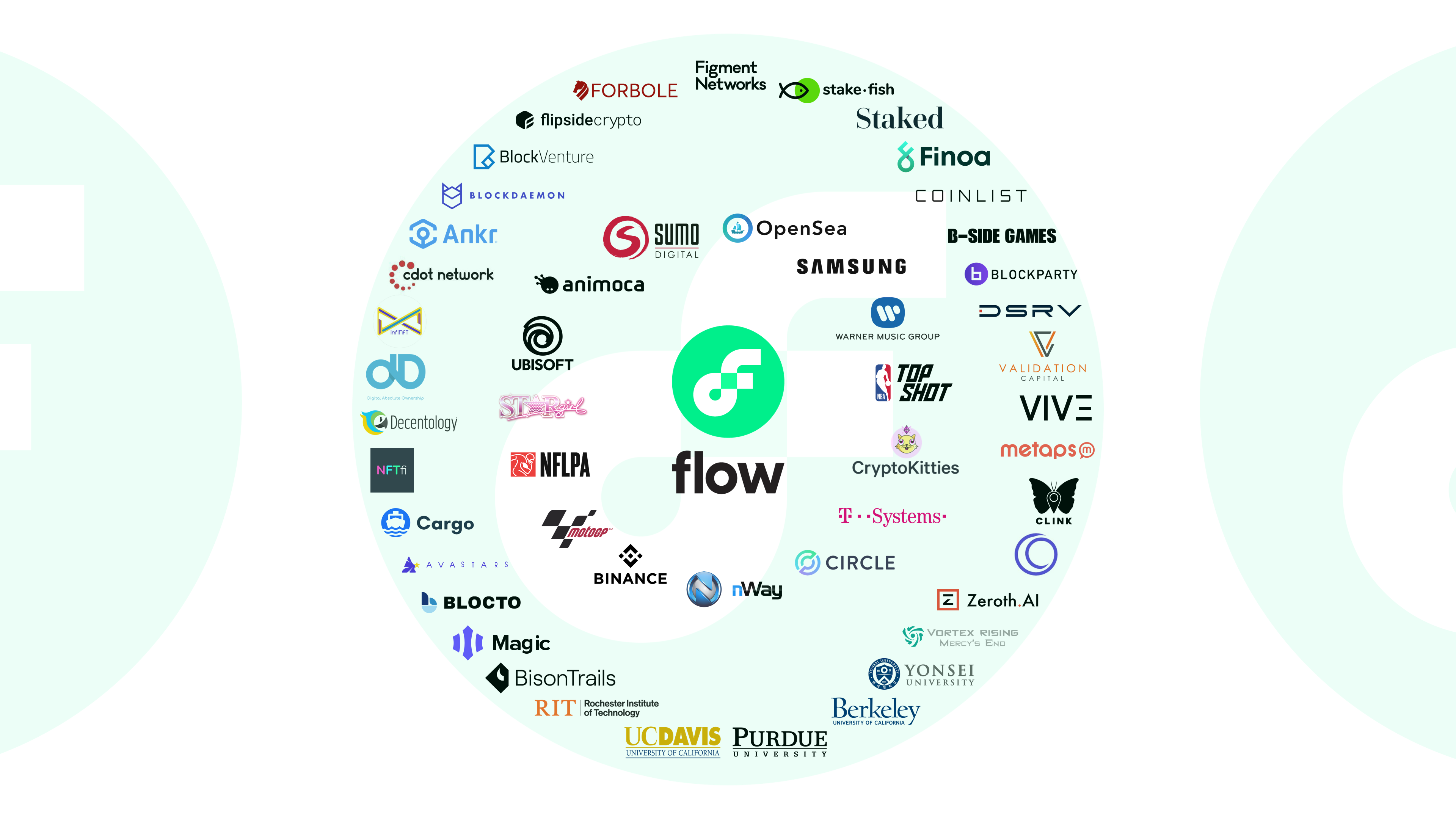 While people continue to play games, NFTs hold a special place than other in-game purchases as NFT assets are unique, scarce and offer true ownership. As a blockchain asset, they hold value not just within the game and can be owned indefinitely. NFTs can also be traded in the open market and they represent true composability as they can potentially be used across different compatible DApps without having to worry about licensing and other hassles.

The characteristics of NFTs combined with the demand for such games and ease of development offered by platforms like Flow, opens a whole new avenue for developers to create games and monetize them. The tokenomics and distribution mechanics of native FLOW tokens further expands the scope of network participation and applications beyond just entertainment. Apart from allowing the creation of NFTs as secondary tokens, it also enables developers to create governance tokens and stable coins for a whole range of projects they build on Flow Blockchain.

Recognizing the potential of NFT based crypto games to go mainstream, players like Ultimate Fighting Championship, the National Basketball Association, Dr. Seuss, Warner Bros., have already inked partnerships with Flow. Meanwhile, Dapper Labs Is also in the process of migrating their games to the new protocol to offer a far better user experience to its gaming community.

If the current pace of activity on Flow Blockchain is any indication, then it might soon become the go-to platform for all crypto gaming needs, just like the way developers swear by Unity and Unreal Engine as the best platforms to develop video games.