Bitcoin is back in the driving seat. The leading crypto has made 2.5% gains over the past week, pushing the crypto market upwards as sentiment shifts in favor of the bulls.

The move comes on the back of macroeconomic news. Last Wednesday, the Federal Reserve pledged to keep interest rates close to zero until 2023. Traditional safe-haven gold failed to capitalize on subsequent weakness in the dollar, but digital safe haven Bitcoin moved on upwards to flirt with $11k. 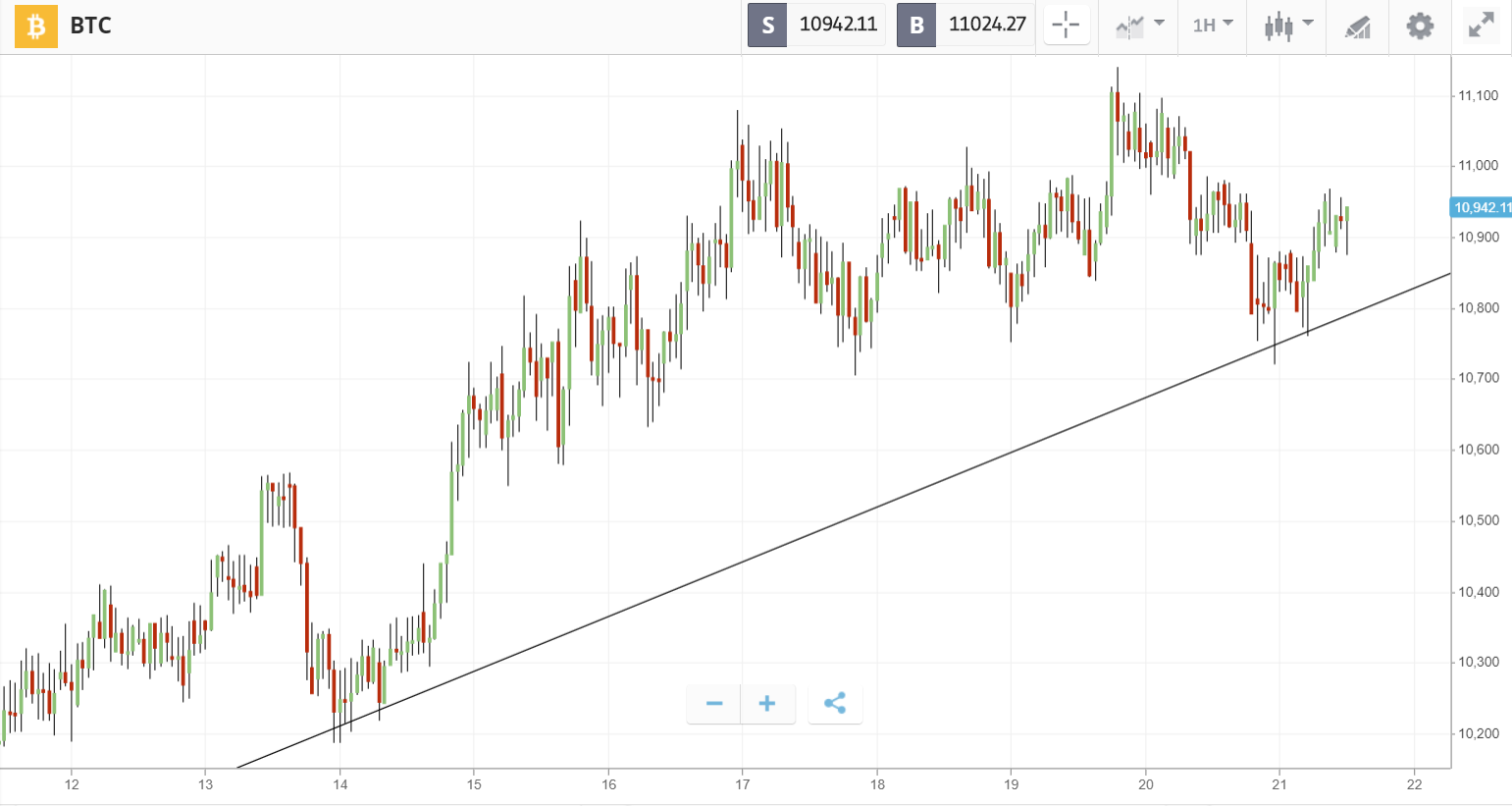 Two of the biggest Bitcoin buyers are facing off on Twitter. MicroStrategy CEO Michael Saylor tweeted on Tuesday that his firm has completed its purchase of a whopping 21,454 BTC, or 0.1 percent of the total supply.

This prompted another big buyer — Barry Silbert, founder and CEO of Grayscale — to joke of a “buying race” between the two firms. Investment fund Grayscale, however, has had a significant head start. In April, the firm had already accumulated more than 1.7% of the total supply of BTC and was later said to be buying an average of 1,190 BTC per day.

Ethereum has recorded the highest number of daily transactions ever, according to data from Etherscan. This is driven by the newfound popularity of decentralized finance, with the amount of value locked in DeFi apps now hitting all-time highs on the approach to $10 billion.

In the coming week, market volatility could be sparked by rising tensions between China and its neighbors Taiwan and Indonesia. These territorial grievances are coming to the surface just as the U.S. ups the ante in its own battle over tech industry regulation.

On Friday, traders will be braced for the expiry of a big batch of Bitcoin options contracts. Data from Skew shows the number of open contracts is almost at an all-time high, and around half of them are due to expire on Friday. This could spark a sudden move as a large number of traders reposition themselves.