Former IMF Chief Economist, Kenneth Rogoff states central banks should consider negative interest rates. His words, in effect, greenlight crypto assets, which stand to benefit should the Federal Reserve decide to go this route.Crypto Assets Could see a Boom off the Back of Negative RatesAs central banks run out of options to stimulate their respective economies, talk of negative interest rates is starting to make the rounds.Negative interest rates punish savers and reward borrowers, an entirely unconventional and backward concept. With that, the cryptocurrency market should gain, as savers look elsewhere for better deals.All the same, Rogoff makes the claim that should a rapid recovery fail to happen, negative rates make sense from the perspective of lessening the damage.The argument put forward claims that between government-backed stimulus and negative interest rates, the latter works more conventionally. Thus, making it the preferred option.“If done correctly – and recent empirical evidence increasingly supports this – negative rates would operate similarly to normal monetary policy, boosting aggregate demand and raising employment.”He then goes on to say making this policy effective would require discouraging largescale cash hoarding. This he also applies to entities and industries known to be big hoarders of cash, including pension funds and insurance companies.“With large-scale cash hoarding taken off the table, the issue of pass-through of negative rates to bank depositors – the most sensible concern – would be eliminated.”However, at present, crypto interest rates can be up to 8.6% for savers. As well as that, passive gains are also possible through crypto asset staking. According to stakingrewards.com, this can be as high as 38%. Or 15% for more established projects such as Icon. 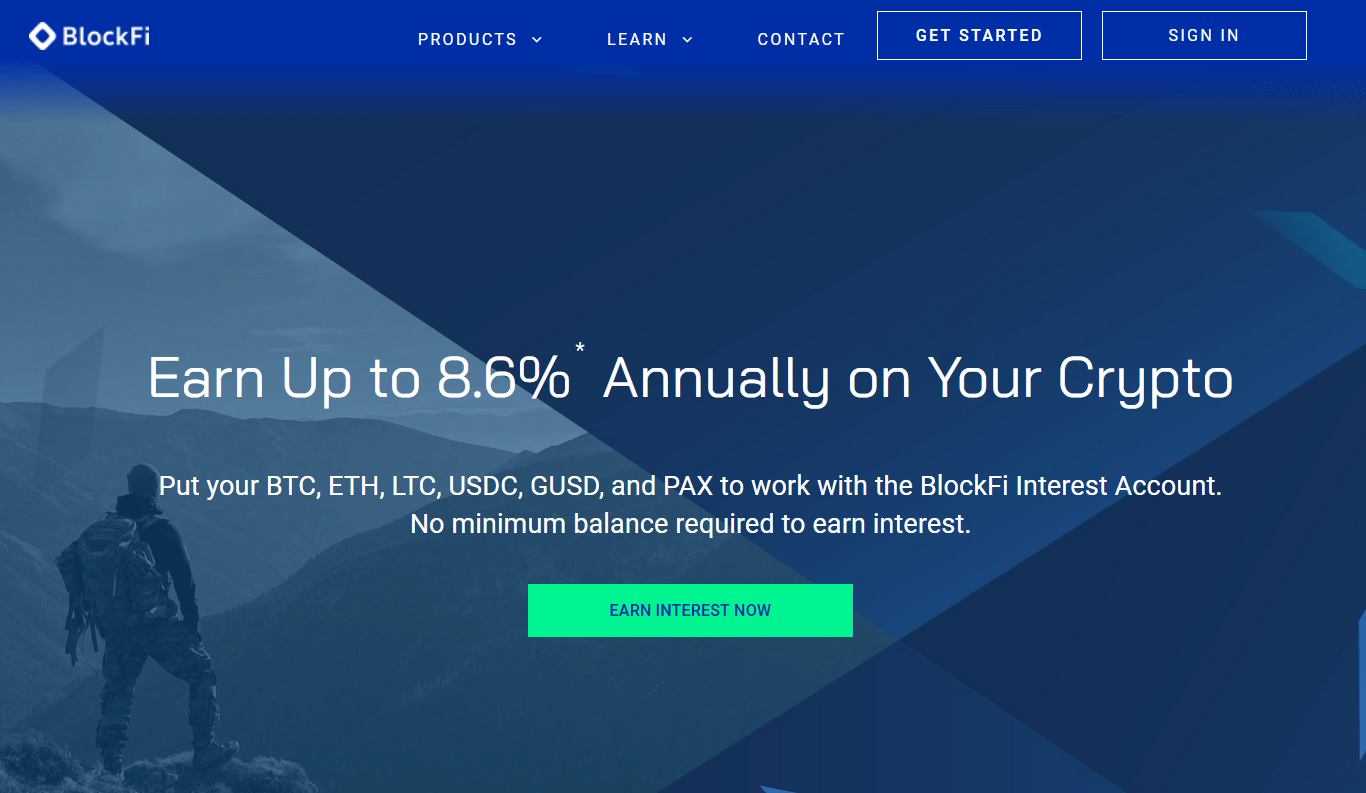 Source: blockfi.comAs such, it makes little financial sense for savers to stay in fiat. And should the Fed implement negative rates, it’s entirely plausible that mass inflows into the crypto space would result.Sweden’s Experiment Still Divides OpinionNot only are negative interest rates an unconventional policy, but in the grand scheme of economic theory, they are a relatively recent phenomenon too.Sweden’s central bank was the first to use a negative rate. In July 2009, Riksbank cut its overnight deposit to -0.25%.This was followed by the ECB in June 2014, when it lowered its deposit rate to -0.1%. Since then, the ECB deposit rate has sunk further, currently, it’s at -0.5%.ECB interest rates for the last 9 years. (Source: ecb.europe.eu)However, in February 2015, Sweden reverted back to negative rates once more. The Riksbank chose to do so not to stimulate the economy, which grew 4.4% that year but to counter the risk of deflation.The end of 2019 saw an end to this, as Riksbank reverted back to 0%. Five months on, economists remain divided as to whether it was a success, or not.Chief Economist at think tank OMFIF, Danae Kyriakopoulou remains skeptical. He pointed out that negative rates did not achieve the central banks’ inflation target. What’s more, the knock-on effects, such as keeping asset prices inflated, only work to prop up a false economy.Photo by rupixen.com on Unsplash