Friday, April 26 —  After breaking above the $5,500 mark yesterday, bitcoin (BTC) has reported a loss of around $260 to press time. All of the top-20 cryptocurrencies other than bitcoin SV (BSV) are in the red, according to data from Coin360.

BTC is trading around $5,247 at press time, dropping 5% over the day and forming a new weekly low. Bitcoin’s monthly gains remain in positive territory, at about 32%, while its weekly chart reports a loss of 0.84%. 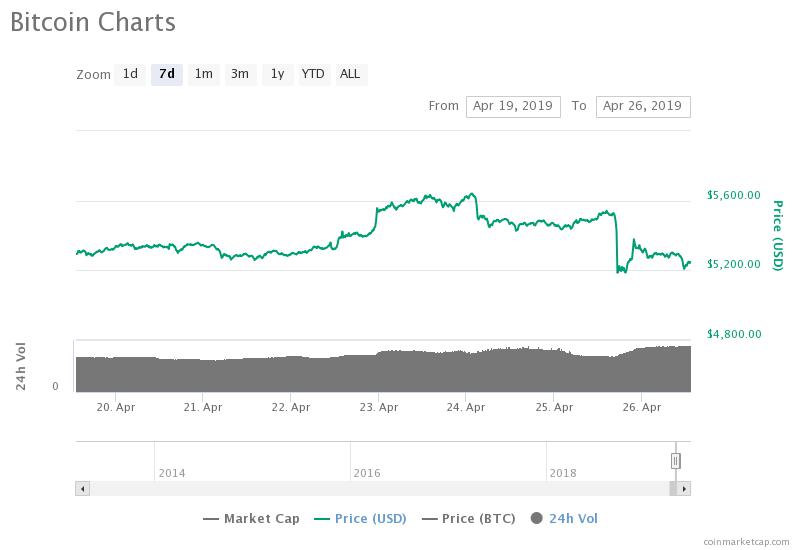 The second largest coin by market capitalization ethereum (ETH)  is also suffering a slump, having lost 6.23% in the last 24 hours. At press time ETH is trading at $155.31, also hitting a new weekly low. On its monthly chart, the ETH price has gained around 15.55%. 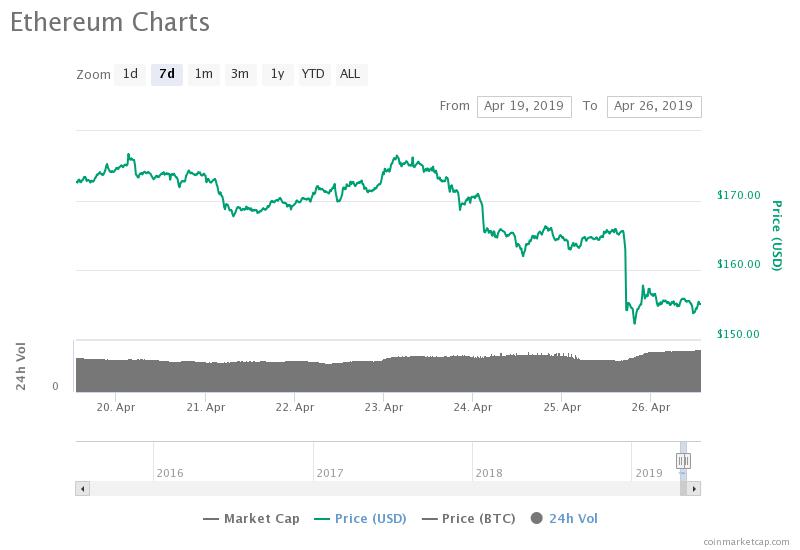 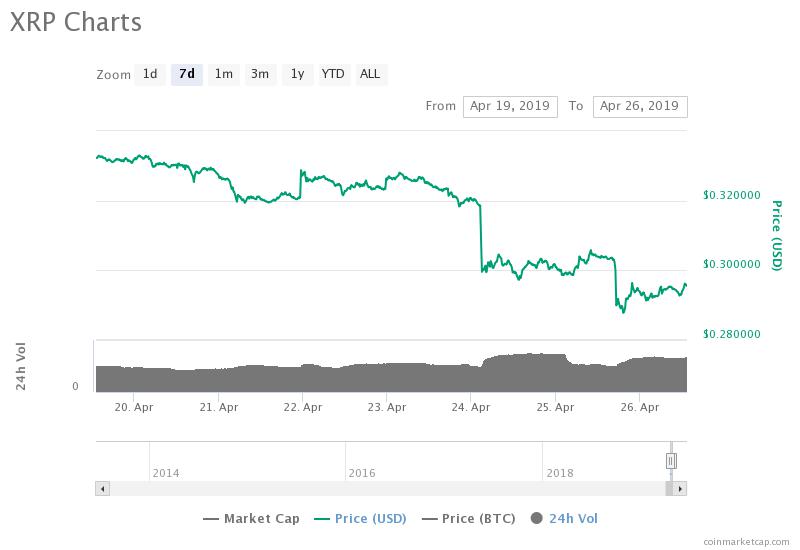 Stablecoin tether (USDT) —  that previously faced controversy after critics suspected the coin of operating a fractional reserve while issuing more tokens than they had backing for —  is trading at around $0.993 at press time, reporting a loss of around 1.60% over the past day. 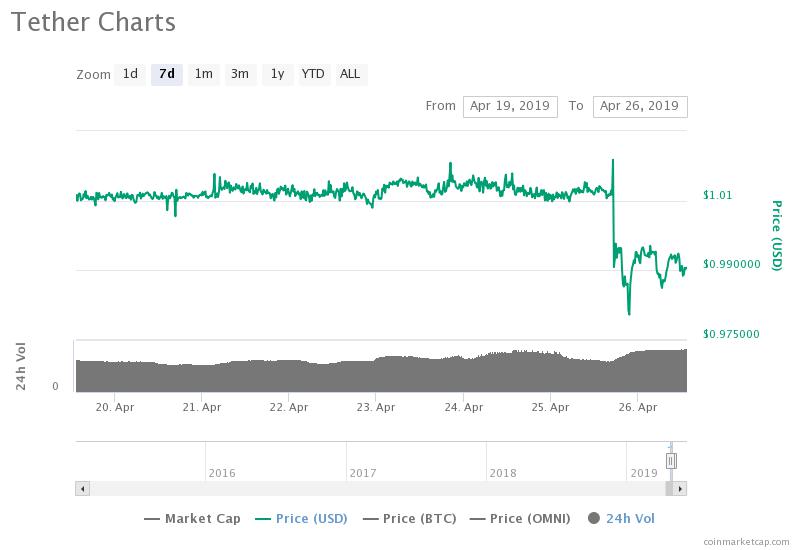 BSV is the only coin in the top 20 cryptocurrencies in the green. The coin’s price is currently around $54.33, reporting a gain of around $3.56% on the day. 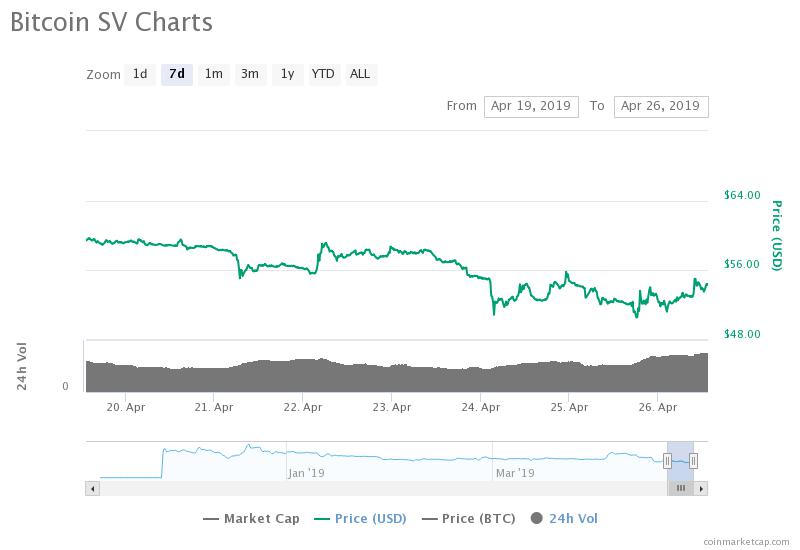 Total market capitalization of all digital currencies is around $169.9 billion at press time, having started the day at $172 billion. The weekly high of the total market cap was around $185.3 billion on April 23.

Today, CNBC reported that European stocks were slightly higher following the rection to another flurry of corporate earnings. Stoxx 600 closed provisionally up 0.19% during afternoon deals, with most sectors and major bourses in positive territory. Luxembourg-based satellite operator SES was reportedly the top performer, surging by 7.75%  to the top of the European benchmark after the company said it had maintained its full-year outlook.

Analyst: Bitcoin May See an Extended Bear Market Until September 2020