Crypto Alpha News
Home News 63% of Europeans Say That Crypto Will Exist in 10 Years, But...

63% of Europeans are confident that crypto will still exist in 10 years, according to new research from bitFlyer. London-based fintech publication FStech reported on the survey on April 24.

Tokyo-based crypto exchange bitFlyer, which was licensed to operate in the European Union in 2018, reportedly polled 10,000 respondents in Europe to find out what they think about cryptocurrencies such as bitcoin (BTC).

When asked about crypto in general, the majority of Europeans claimed that they believe that crypto will exist in 10 years, with more than 50% of respondents in each country predicting that will still exist in some form. 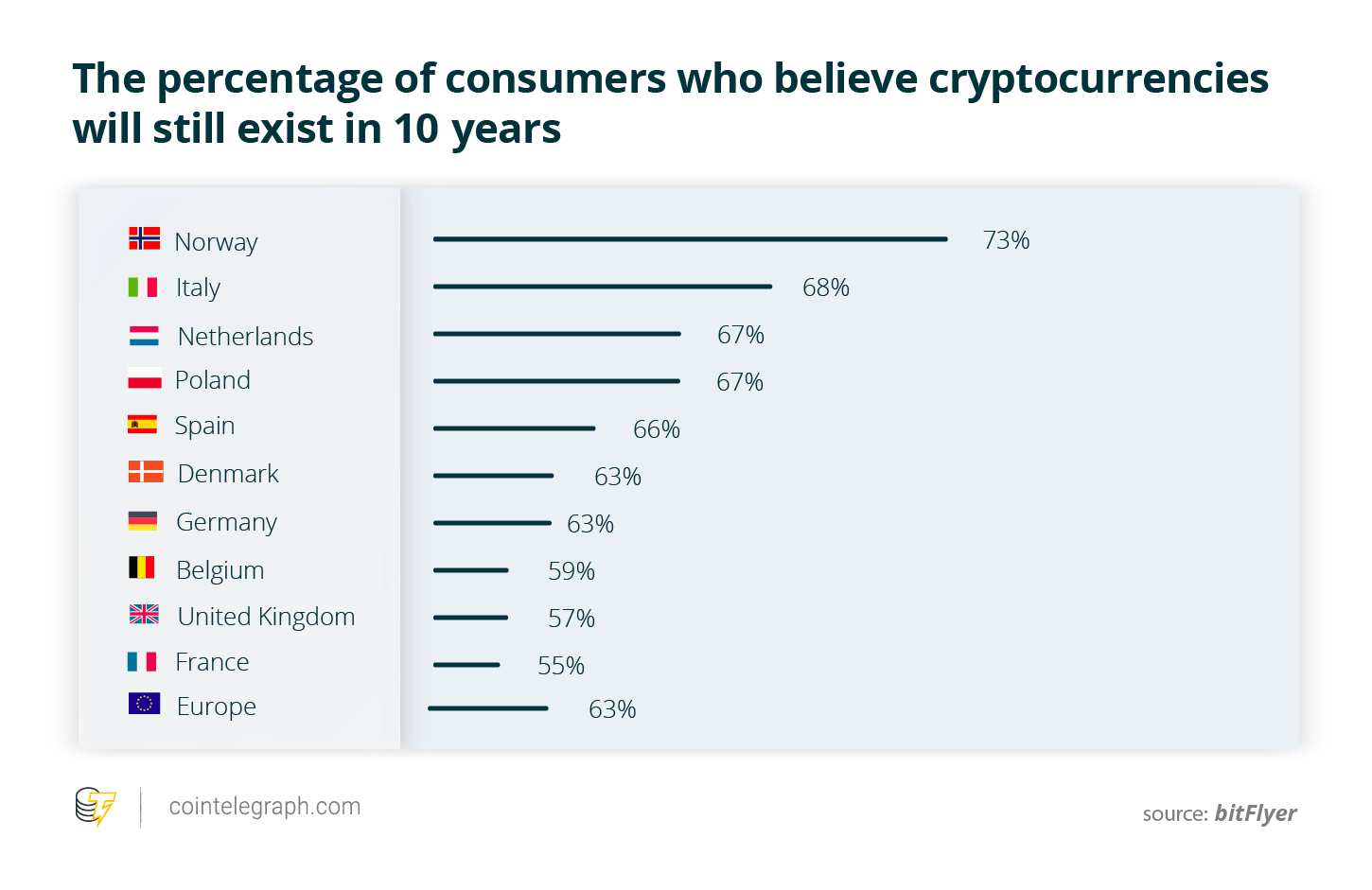 Fewer Europeans turned out to be confident about the biggest cryptocurrency — bitcoin — with an average of 49% of respondents thinking that bitcoin will exist 10 years from now. According to the study, French respondents were the least optimistic about bitcoin, with only 40% of respondents claiming that the crypto will still be around, while Italian and Polish respondents expressed the most confidence about the major cryptocurrency, with 55% and 53% speaking in favor of bitcoin, respectively. 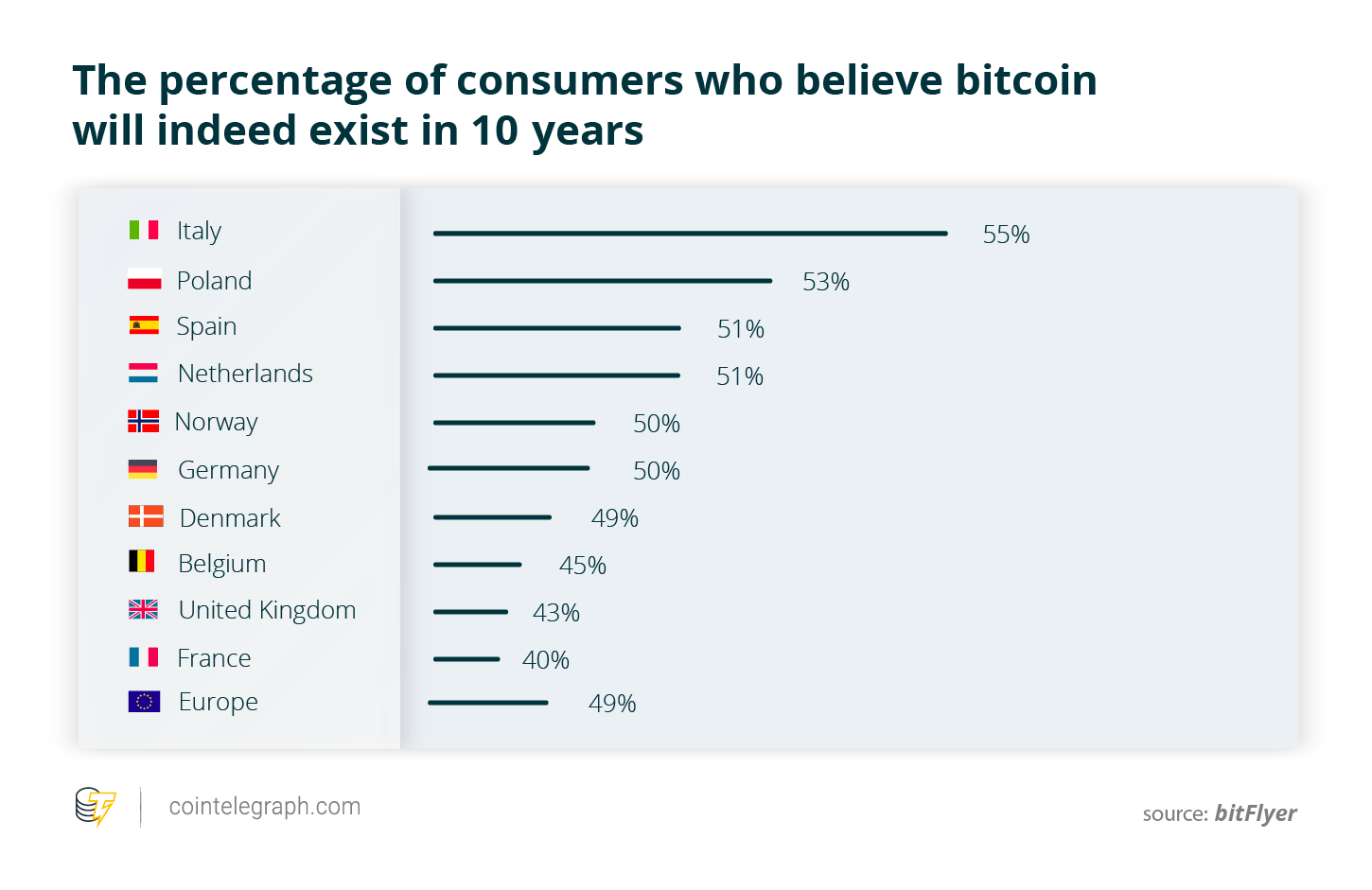 More particularly, very few Europeans expressed the belief that bitcoin will be an investment and a security tool in 10 years, with an average of 7% of Europeans stating that they believe so.

Andy Bryant, COO at bitFlyer Europe, reportedly said that the poll results indicate that the reputation of cryptocurrency has moved beyond hype and become more established. Bryant concluded that the industry disruptors should promote particular benefits and use cases of crypto, so that people can understand how the technology will come to be used in society.

Recently, Reuters reported that France is going to try to convince other EU member states to adopt cryptocurrency regulations similar to its own.

On April 15, Corporate Traveller, the largest travel management firm in the UK, announced it started accepting bitcoin for payments.