Saturday, March 16 — nearly all of the top 20 cryptocurrencies are reporting slight to noteworthy gains on the day by press time. Bitcoin (BTC) has broken the $4,000 mark, according to CoinMarketCap data. 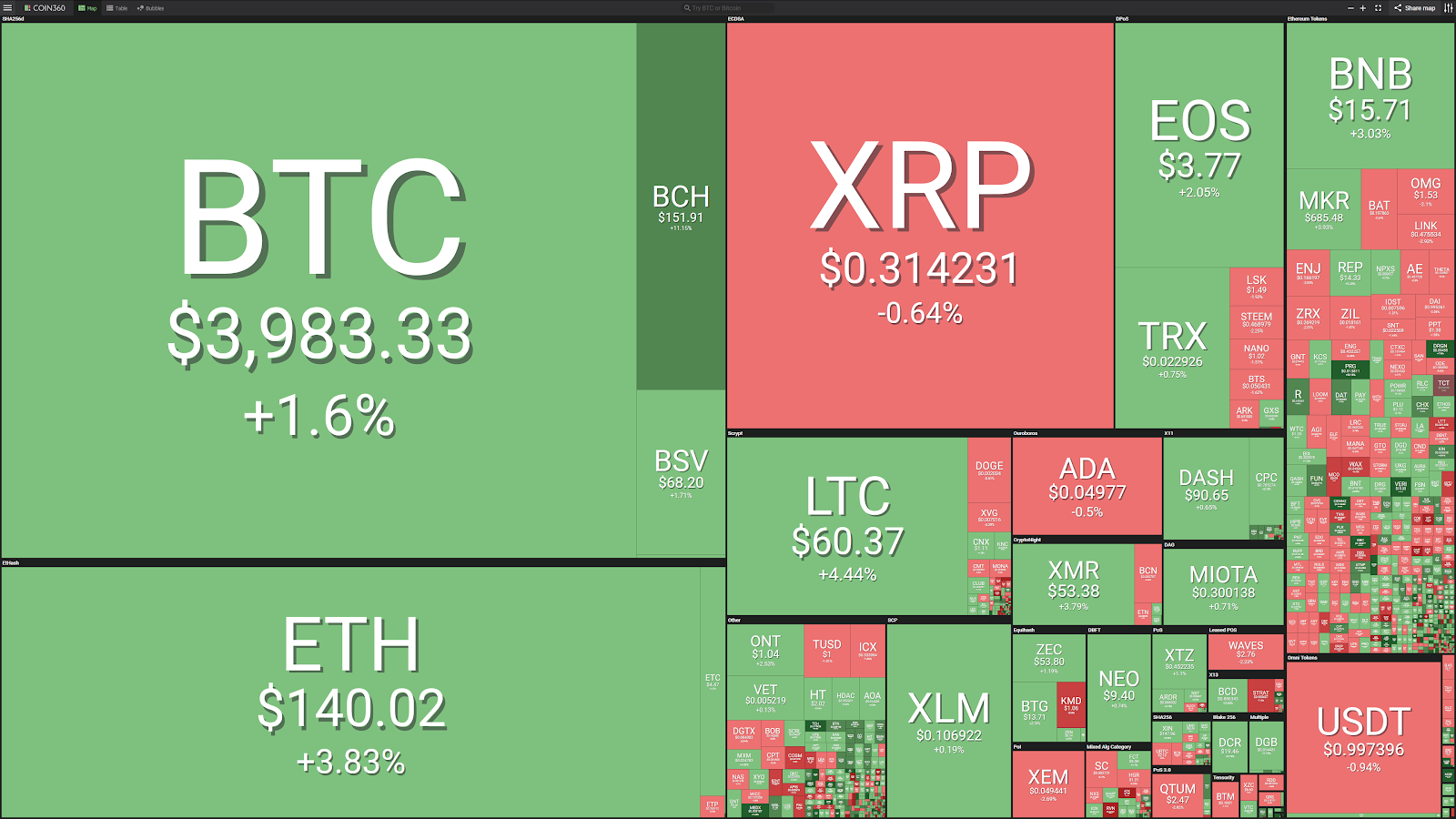 At press time, Bitcoin is up over two percent on the day, trading at around $4,035, according to CoinMarketCap. Looking at its weekly chart, the current price is nearly two percent higher than $3,958, the price at which Bitcoin started the week.

CoinMarketCap data also reveals that yesterday Bitcoin’s trading volume exceeded $11 billion, which is the highest value it reported since April 25, 2018, when the coin’s price was $8,845.

Ethereum (ETH) is holding onto its position as the largest altcoin by market cap, which is at about $14.9 billion. The second-largest altcoin, Ripple (XRP), has a market cap of about $13.1 billion by press time.

ETH is up by over four percent over the last 24 hours. At press time, ETH is trading around $141, after having started the day at $135. On its weekly chart, Ethereum has seen its value increase by over two percent from 138, the price of ETH one week ago.

Recently, the research arm of major cryptocurrency trading platform BitMEX has revealed in a blog post that its Ethereum Parity full node contains a potential bug.

Second-largest altcoin Ripple has gained 1.3 percent in the 24 hours to press time and is currently trading at around $0.318. Looking at the coin’s weekly chart, its current price is over a percent higher than $0.314, the price at which it started the week.

Among the top 20 cryptocurrencies, Bitcoin Cash (BCH) is experiencing the most notable growth, up over 10 percent on the day.

The total market cap of all cryptocurrencies is currently equivalent to nearly $140 billion, which is 3.7 percent higher than $134.8 billion, the value it reported a week ago.