Nasdaq, the world’s second-largest stock exchange, began its live listing of two crypto price indexes from United States blockchain and crypto market data company Brave New Coin (BNC) this week. The listings, which had been announced earlier this month, are BNC’s Bitcoin Liquid Index (BLX) and Ethereum Liquid Index (ELX). According to the announcement, the indexes will show reference rates for the price of 1 BTC and 1 ETH, quoted in USD and refreshed every 30 seconds. Brave New Coin has also announced future plans to add another index for tracking the price of Ripple (XRP).

South Korean tech giant Samsung’s new Galaxy S10 smartphone will reportedly have crypto wallet functions for both Ethereum and Bitcoin, as well as two other tokens. The much-discussed crypto features seemed to have been revealed at the Mobile World Congress this week, where Samsung presented the various projects featured on the smartphone, including support for the cosmetic industry-focused COSMEE token (COSM) and crypto gaming-focused Enjin’s token (ENJ). Also this week, anonymous sources had reported that Enjin Wallet would be backing a blockchain wallet in Samsung’s new smartphone. 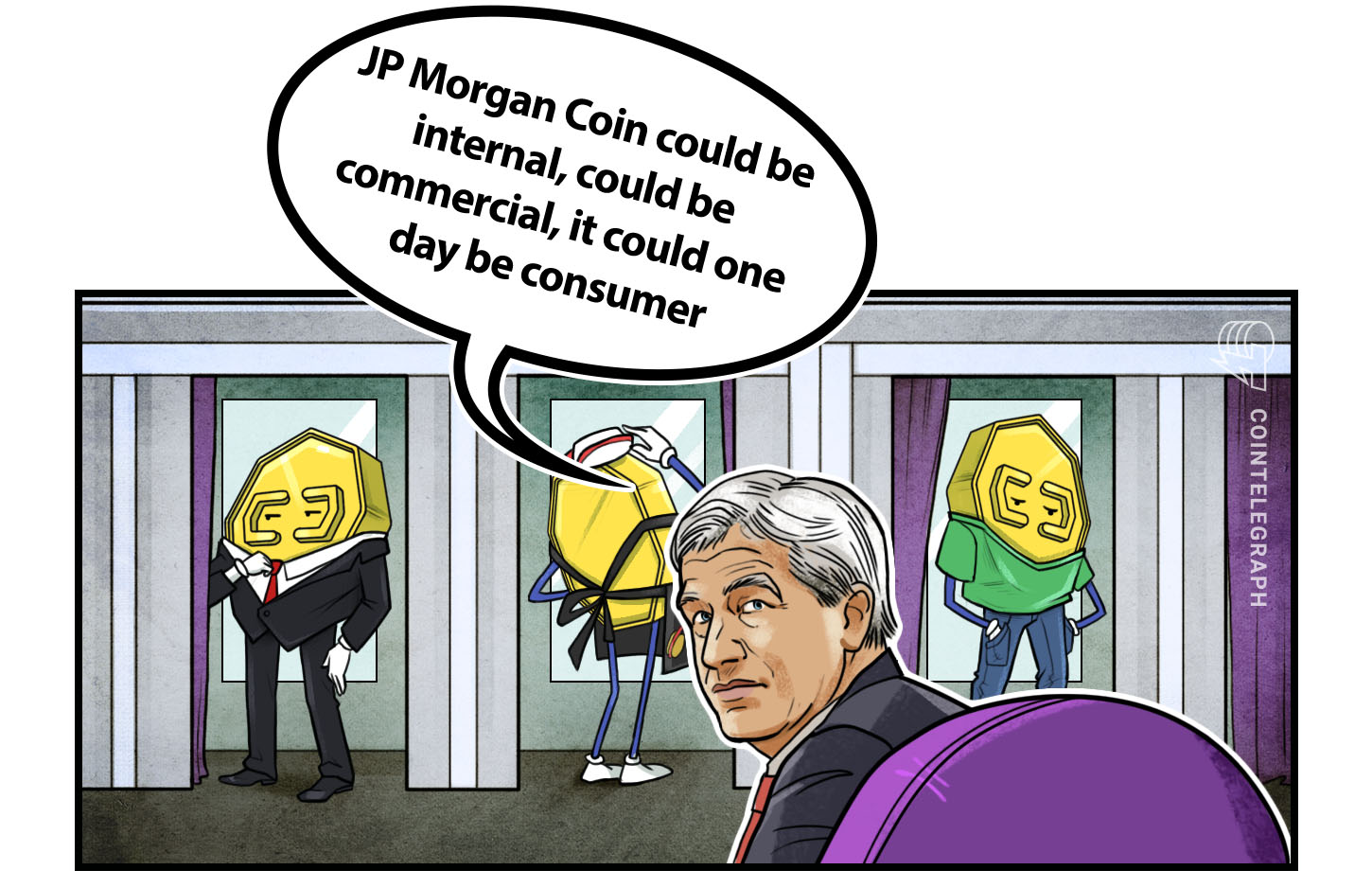 Jamie Dimon, the CEO of JPMorgan Chase, said this week that the company’s previously announced JPM Coin could eventually see consumer use. The bank’s proposed digital asset had been announced by the U.S. banking giant last week, noting that the coin could increase settlement efficiency in several of its operations. However, Dimon’s comments to CNBC this week implied a wider focus for the coin’s use, as he noted that it “could be internal, could be commercial, it could one day be consumer.” The JPM Coin has been both lauded and opposed by those in the crypto community, with some suggesting it defeats the purpose of crypto itself.

Social media giant Facebook is reportedly “hoping to succeed where Bitcoin failed” with its highly secretive cryptocurrency project, according to anonymous sources speaking to the New York Times. This week, the Times wrote more about Facebook’s alleged coin that had previously been revealed, noting through its sources that the company planned to integrate WhatsApp, Messenger and Instagram into one entity and provide the newly unified service with a crypto token. According to the unnamed sources, Facebook is far enough along in the project that they have been meeting with crypto exchanges about the possibility of listing the so-called “Facebook Coin.”

Ethereum’s Constantinople and St. Petersburg Upgrades Have Been Activated

Ethereum’s next two network upgrades, known as Constantinople and St. Petersburg, have successfully taken place this week on the main network at block 7,280,000, in accordance with the previously released schedule. The two updates have been combined into one event, following the delay of the Constantinople upgrade in January over a newly discovered security vulnerability. While Constantinople adds the so-called “difficulty bomb” and the decrease of Ethereum’s block reward, St. Petersburg is meant to delete a previous update, Ethereum Improvement Proposal 1283, from Ethereum’s test networks, as the EIP has been identified to have security vulnerabilities.

The crypto markets are slightly down by the end of the week, with Bitcoin trading at around $3,854, Ethereum at $134 and Ripple around $0.31. The total market cap is at about $130 billion. 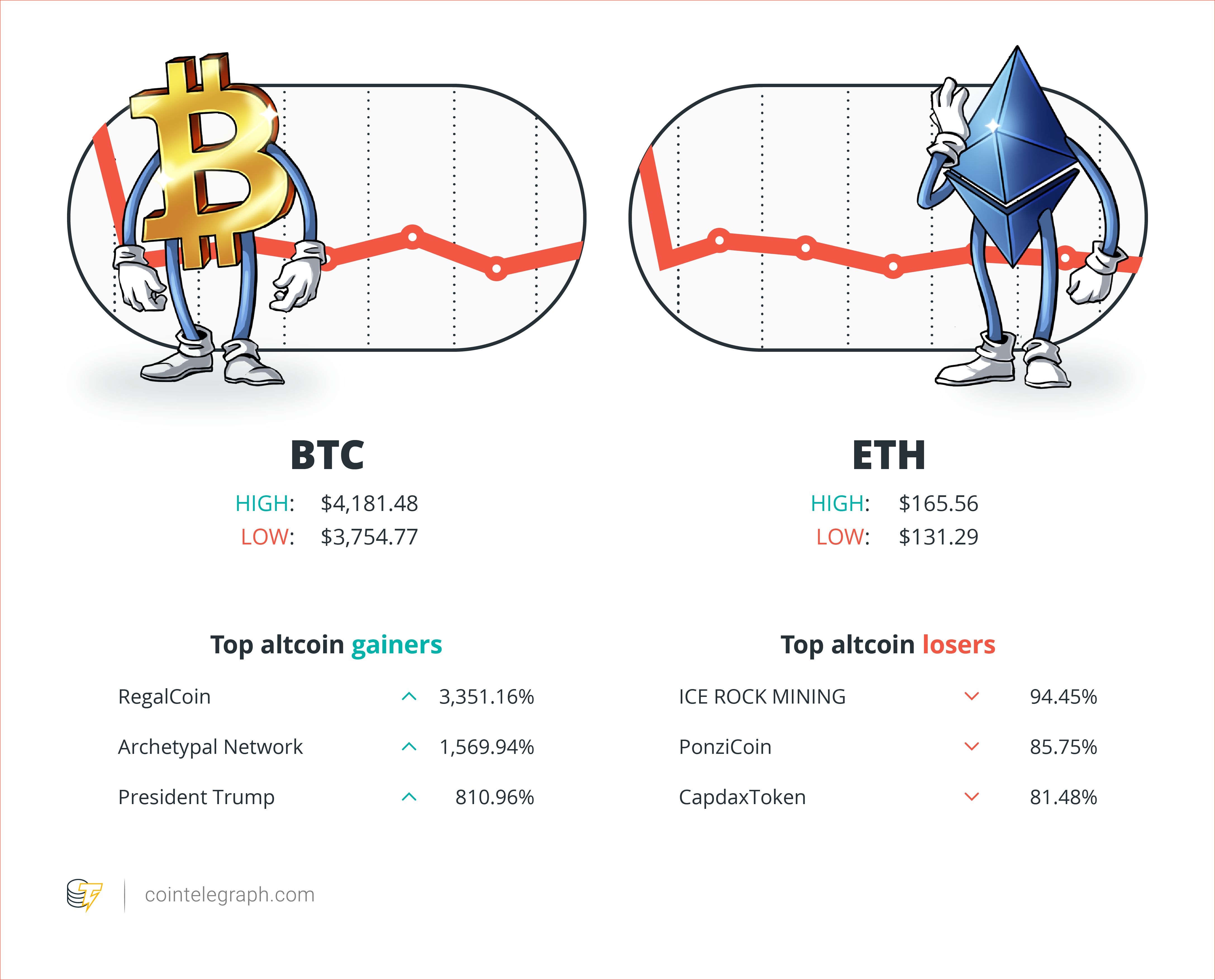 “Let’s do this in Europe, the avant-garde of agricultural technology, by developing tools that will track every product from raw material production to packaging and processing. The innovation is there and it must be used in the agricultural world, it must be fully used because it is at the service of shared excellence and it will serve the consumer.”

“You can stare at it [Bitcoin] all day, and no little Bitcoins come out or anything like that. It’s a delusion, basically.” 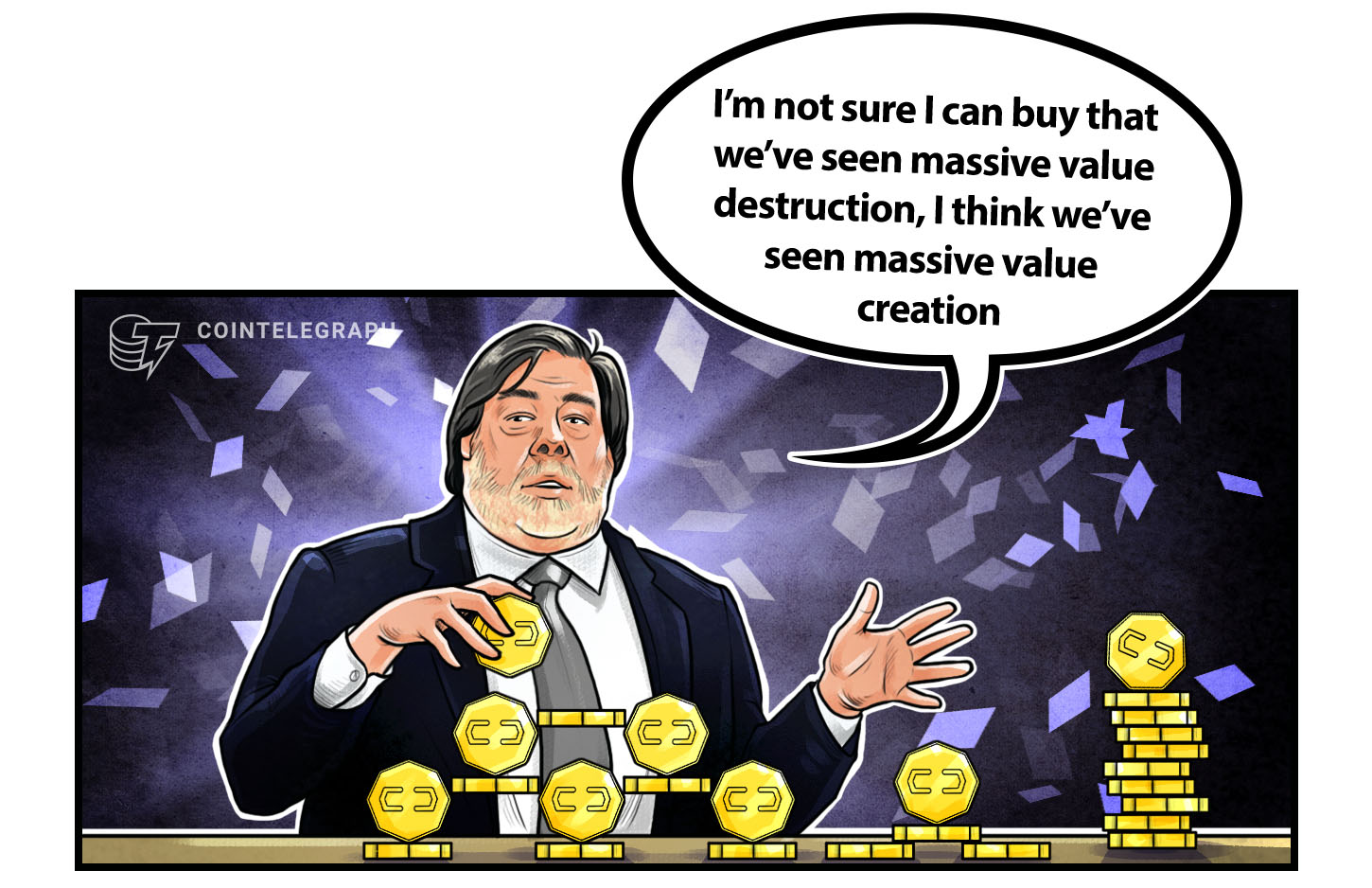 “JPMorgan Coin could be internal, could be commercial, it could one day be consumer.”

“We’re happy to go on the record. Coinbase’s listing of XRP (also, not ‘our token’) was Coinbase’s independent decision – we did not give them anything to make it happen.”

QuadrigaCX Wallets Have Been Empty, Unused Since April 2018

In further QuadrigaCX news, the embattled Canadian crypto exchange’s auditor — Big Four audit firm Ernst & Young (EY) — released a report this week showing that the exchange’s cold wallets appear to have been empty since April 2018. EY identified six separate crypto wallets that had been used to store Bitcoin, but noted that there had been no deposits in the wallet since April of last year (besides one for $500,000), noting that they cannot find a reason as to why the wallets had been ceased. EY also included in its report the discovery of 14 user accounts that appear to have been created outside the normal process by Quadriga, which were then used to trade on the exchange’s platform.

Crypto Mining Service Coinhive to Shut Down Operations in March

Coinhive, a crypto mining service that specifically targets altcoin Monero (XMR), has announced that it will be shutting down operations in March 2018. According to the blog post, the project has become economically inviable due to the market conditions, as well as the more than 50 percent drop in hash rate following the last Monero hard fork. XMR has dropped around 85 percent over the course of the year, the blog post noted, underlining that it contributed to the decision to discontinue Coinhive. The service is a JavaScript-based digital currency mining service that relies on computer code being installed on websites, that then uses some of a browser’s computing power to mine.

According to local media, a Bitcoin trader was attacked in his home in the Netherlands this week by a group of robbers that had disguised themselves as police. The victim, 38-year-old Tjeerd H., was robbed by a group of criminals wearing balaclavas and bulletproof vests with a police coat, who threatened him with firearms. According to the local media outlet, H. was a cryptocurrency trader, and police sources have confirmed this. As cryptocurrency has risen in popularity in recent years, attacks on traders have also risen in number, as Cointelegraph has previously reported.

After Coinbase’s acquisition of blockchain startup Neutrino this month, users have taken to the internet in order to lambast what they see as the company’s lack of sensitivity to human rights issues. The online #DeleteCoinbase campaign stems from the fact that some of Neutrino’s employees are associated with Hacking Team, an information tech outfit that has reportedly sold surveillance capabilities to different governments. Cointelegraph takes a look at the crypto community’s response to this controversial acquisition.