Thursday, Feb. 21 —  cryptocurrency markets are slightly sliding down, with most major coins seeing some noticeable losses, according to CoinMarketCap.

The top cryptocurrency Bitcoin (BTC) is trading around $3,944, having lost just 1 percent on the day at press time. Bitcoin’s weekly and monthly gains are positive, at about 8.92 percent and 5.1 percent respectively. 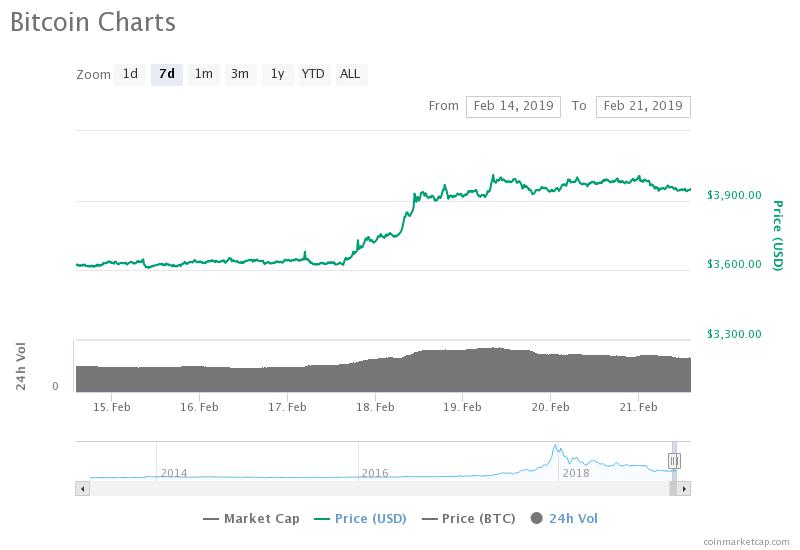 Top altcoin Ethereum (ETH) is trading around $145.38 at press time, down around 1.42 percent over the past 24 hours. Earlier today, the coin saw an upswing to $149.26, after which has been reporting a gradual decline over the course of the day. On its weekly chart, ETH is up 19 percent. 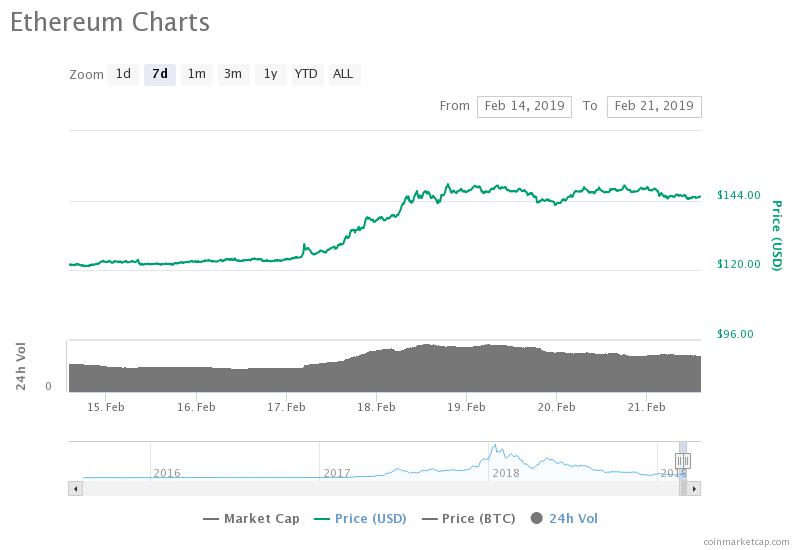 Ripple (XRP) has dropped  by 2.54 percent on the day, and is trading at $0.319 at press time. Ripple has secured a weekly growth of around 5 percent, while over the month the altcoin has lost 3.15 percent. 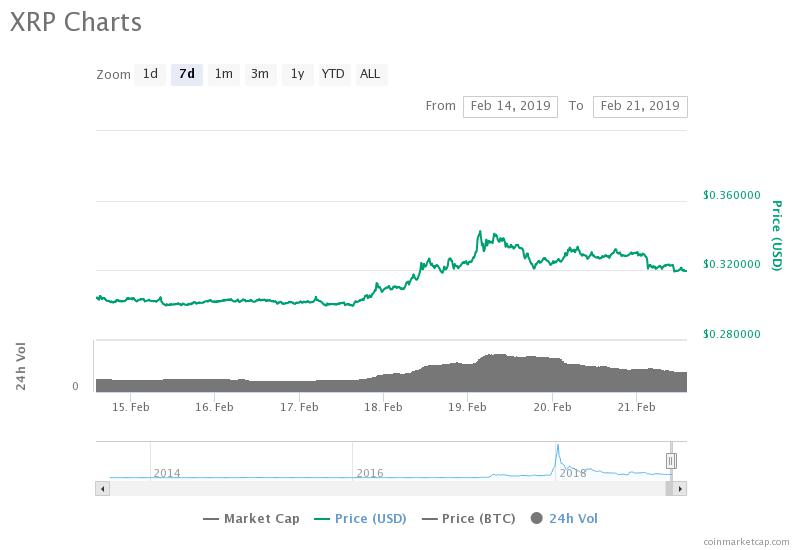 Total market capitalization of all digital currencies is around $133 billion, while at the beginning of the day the figure was around $135 billion.

Earlier today, Japanese banking giant Mizuho Financial Group announced it will launch a bespoke stablecoin for payments and remittance services on March 1. The currency will reportedly be managed by a dedicated mobile app, dubbed J-Coin Pay, using QR codes at checkout to complete retail payments, fixed at a price of 1 yen (~$0.01) per unit.

The Dow Jones Industrial Average has seen a decline by 141 points today, while the S&P 500 dropped by 0.47 percent, led lower by the energy and health care sectors. The Nasdaq Composite has also seen a decline on the day by around 0.5 percent.

Markets have been concerned over the talks between the United States and China that aim to address the two nations’ ongoing trade war. According to CNBC, the two countries have begun to draw up Memoranda of Understanding, and outline a deal to end the economic conflict.

How IBM Will Turn Patents In NFTs With Its Blockchain