Feb. 15 — crypto markets have continued trading sideways after hitting a multi-month high of daily trading volume of more than $36 billion yesterday, according to CoinMarketCap data.

Bitcoin (BTC) is slightly down over the past 24 hours, and is trading at $3,626 at press time. At press time, the biggest cryptocurrency is up around 0.41 percent over the past 7 days, while down some 0.1 on the day. On Feb. 11, Bitcoin transaction fees saw a new low point. 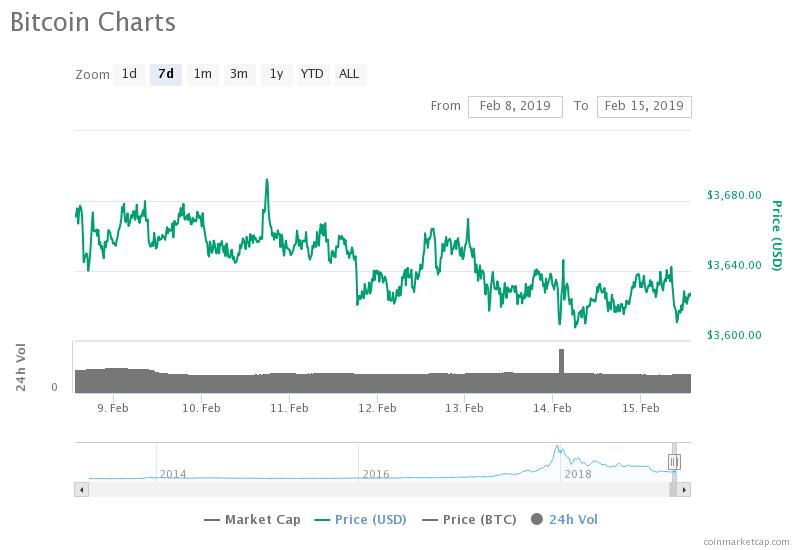 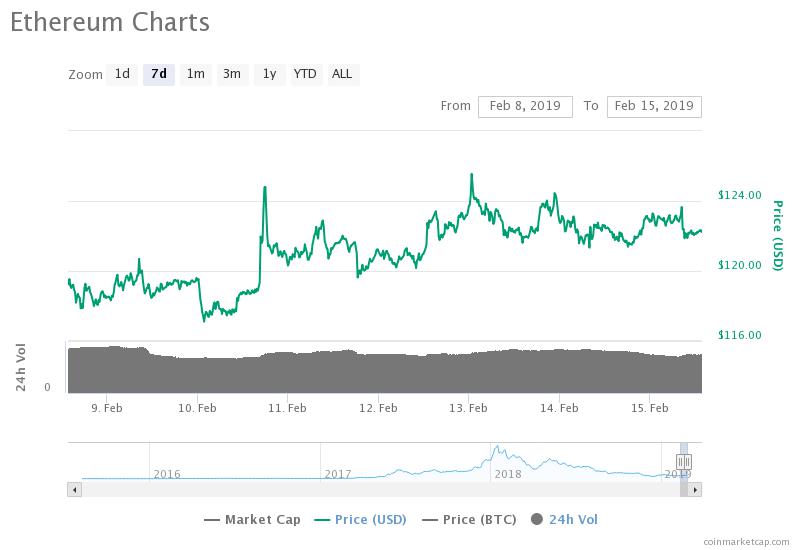 Ripple (XRP), the third top cryptocurrency by market cap, is seeing slight losses today, down 1.38 percent over the past 24 hours. Trading at $0.3, the coin is also down around 2.60 percent on the week.

Total market capitalization has been hovering around $120 billion, while daily trade volume exceeded $36 billion on Feb. 14 for the first time since July 2018.

Out of top 20 cryptos by market cap, Maker (MKR) is down the most, with its price tumbling almost 7 percent on the day. Binance Coin (BNB) is up more than 5 percent.

Yesterday, Luxembourg authorities passed a bill that facilitates the use of blockchain tech in financial services, granting blockchain-powered transactions the same legal status and protection as those done by traditional means.

In the meantime, stocks have surged today amidst increasing anticipation over a U.S.–China  trade deal, also reportedly seeing a two-month high this week. The Dow Jones Industrial Average is up 368 points or around 1.4 percent at press time as J.P. Morgan Chase and Goldman Sachs outperformed. The S&P 500 gained 0.84 percent, led by the energy and industrials sectors.

Major oil prices are also seeing a flush of green this Friday, with the Canadian Crude Index rising rising almost 4 percent at press time, while Brent Crude is up by 2.62 percent and West Texas Intermediate (WTI) has grown by 2.19 percent, according to oilprice.com. Analysts suggested that oil prices are getting closer to breakout levels, and the final day of trading this week will give a better idea of whether crude futures can keep rallying.