Feb. 12 — cryptocurrency markets are seeing measured growth among the top 20 coins by market capitalization, according to data from CoinMarketCap.

The biggest cryptocurrency, Bitcoin (BTC), is slightly up 0.05 percent, trading at $3,658 at press time. Bitcoin has climbed 5.65 percent over the past 7 days amidst all but one top 20 cryptocurrencies by market cap seeing solid growth over the week. 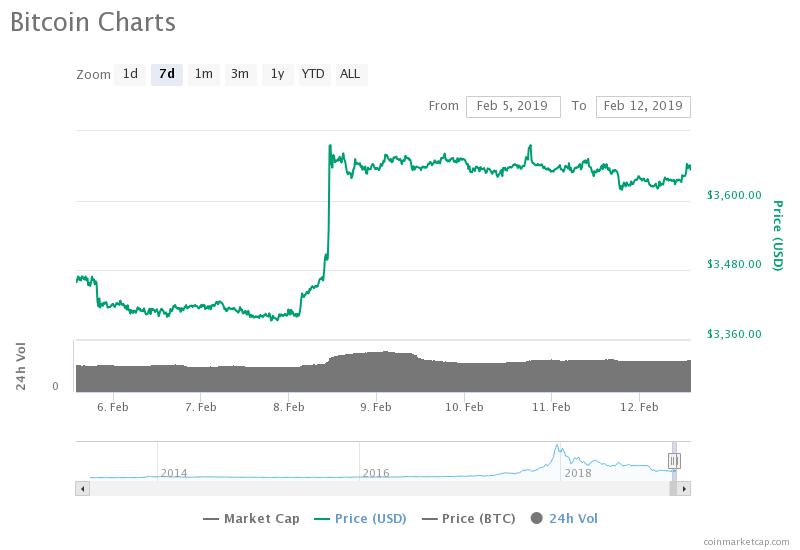 Ethereum (ETH), the top altcoin that regained its place as the second-largest crypto by market cap on Feb. 11, is up around 1 percent at press time. After dropping to as low as $103 per coin earlier this week, Ethereum is up almost 15 percent over the past 7 days, and is trading at $123. 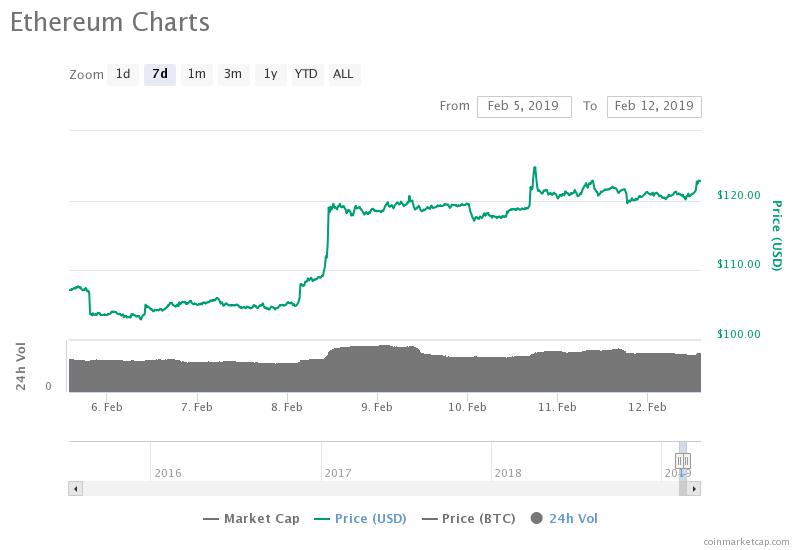 Ripple (XRP) is slightly down around 0.1 percent, trading at $0.304. The coin is seeing relatively modest growth over the past 7 days, up around 2 percent. 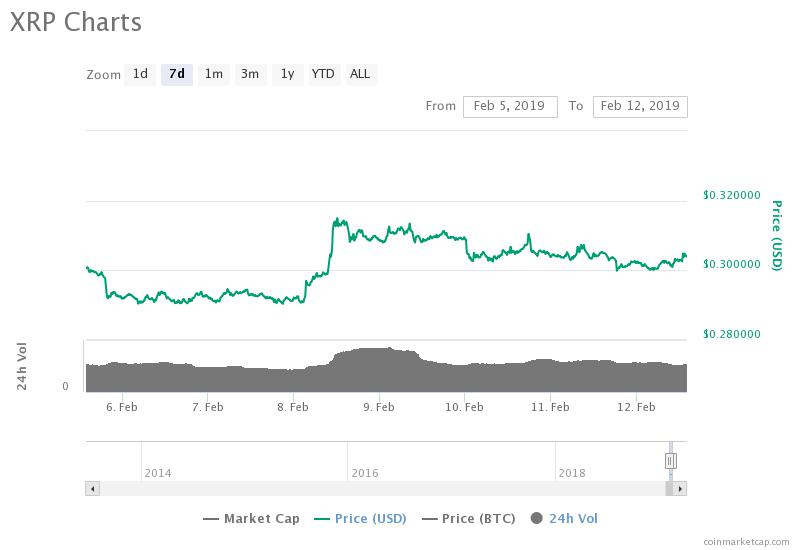 Total market capitalization is hovering around $121.6 billion, with an intraday low amounting to $119 billion. Daily trade volume is still relatively high with $20 billion traded on the average over the 24-hour period, while for most of the month it hovered between $15-$17 billion.

Over the past 7 days, Litecoin (LTC) is up the most, having grown by almost 30 percent at press time.

Recently, chair of the Financial Stability Board Randal K. Quarles claimed that cryptocurrencies as an asset class “may challenge any framework” for financial stability.

Meanwhile, U.S. stock markets have rallied today, with the Dow Jones Industrial Average (DJIA) rising around 1.49 percent, while the S&P 500 has increased by 1.29 percent, and the Nasdaq Composite Index grew by 1.42 percent at press time. Art Hogan, chief market strategist at National Securities, told CNBC that the current situation on stock markets may mean that the U.S. government shutdown was avoided.

Major oil indexes have also seen a significant growth, with the Canadian Crude Index rising around 1.3 percent, while West Texas Intermediate (WTI) is up 1.47 percent, Brent Crude growing by 1.61 percent, according to oilprice.com. The oil market is allegedly seeing a wave of green in ahead of the release of OPEC’s monthly market on the day.