Feb. 1 — Markets are relatively quiet, as major coins are trading sideways, with most seeing small gains over the 24-hour period. 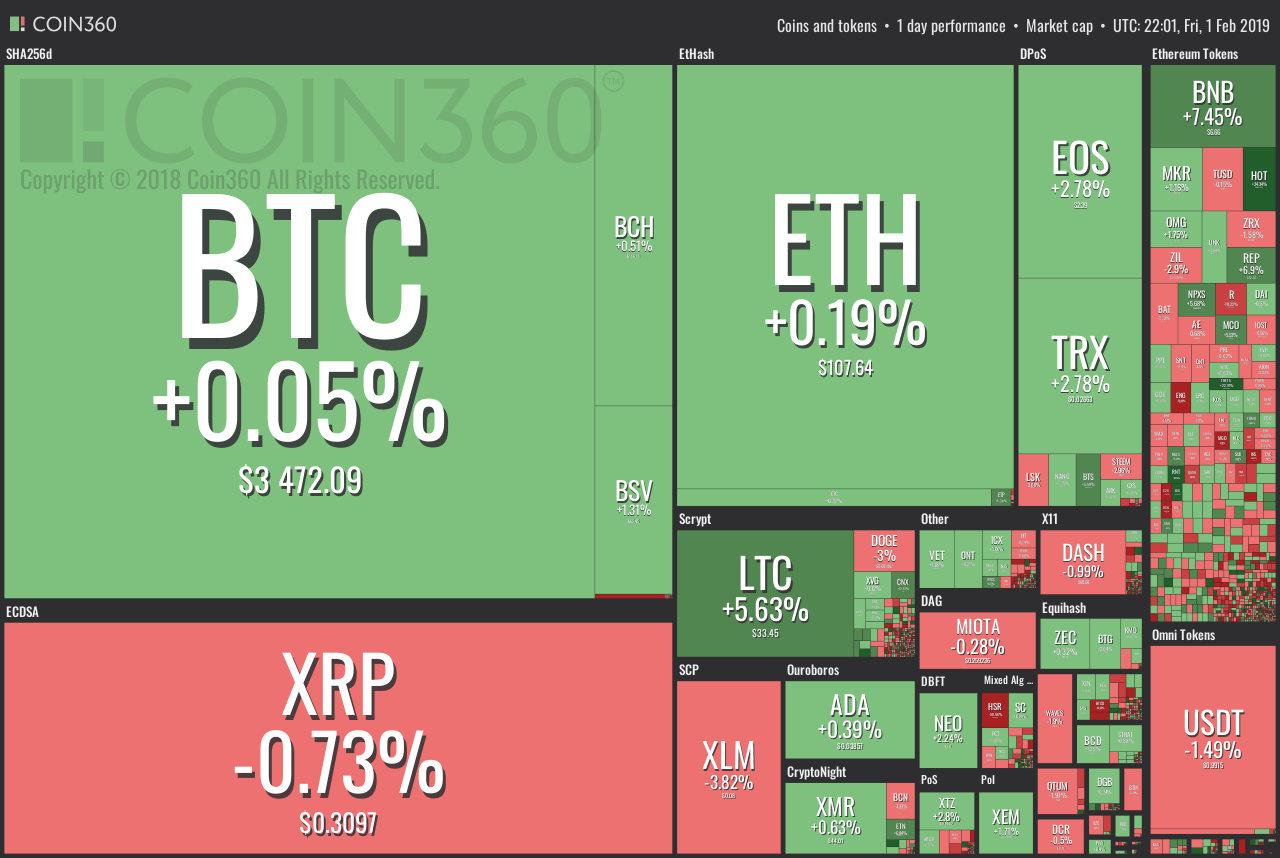 Yesterday, the Chicago Board Options Exchange’s (CBOE) re-submitted its application with the United States Securities and Exchange Commission (SEC) to list a Bitcoin exchange-traded fund (ETF). CBOE had initially withdrawn its request, as the U.S. government shut down made it unlikely that the SEC would be able to review the request by the impending deadline of Feb. 27. 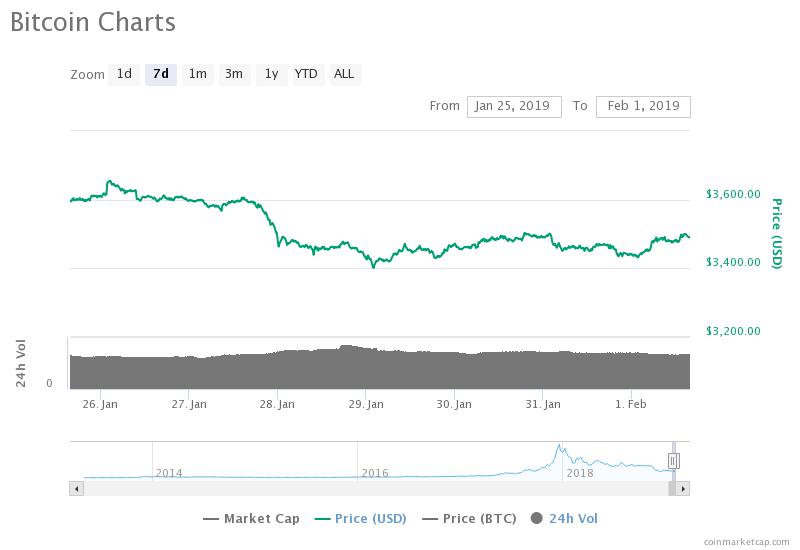 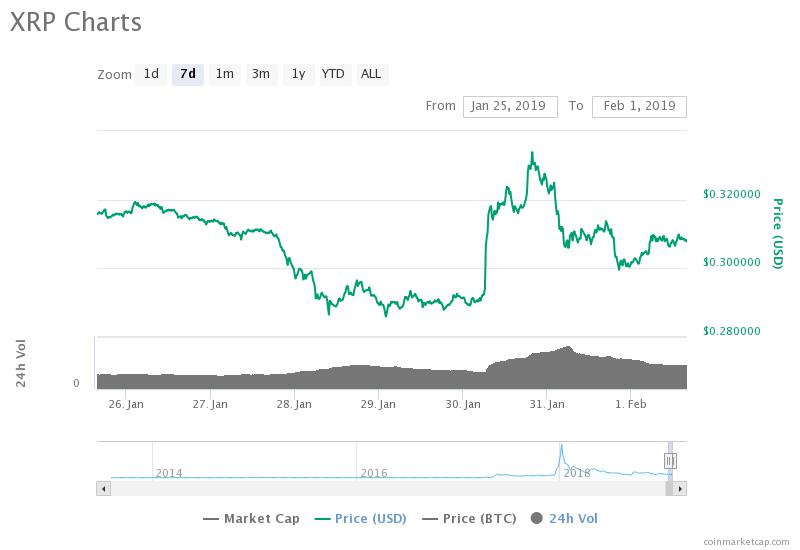 Ethereum (ETH) has changed little over the 24-hour period, and is trading at $107.75 at press time. On its weekly chart, the token is down 7.43 percent after plunging from $116.17 on Jan. 27. Yesterday, Ethereum launched its first pre-release for phase zero of the network’s evolving transition to Ethereum 2.0. The upgrade is planned to be the system’s last, as the entire network transitions from a proof-of-work (PoW) to a proof-of-stake (PoS) consensus algorithm, and purportedly solves problems such as scalability, economic finality and security. 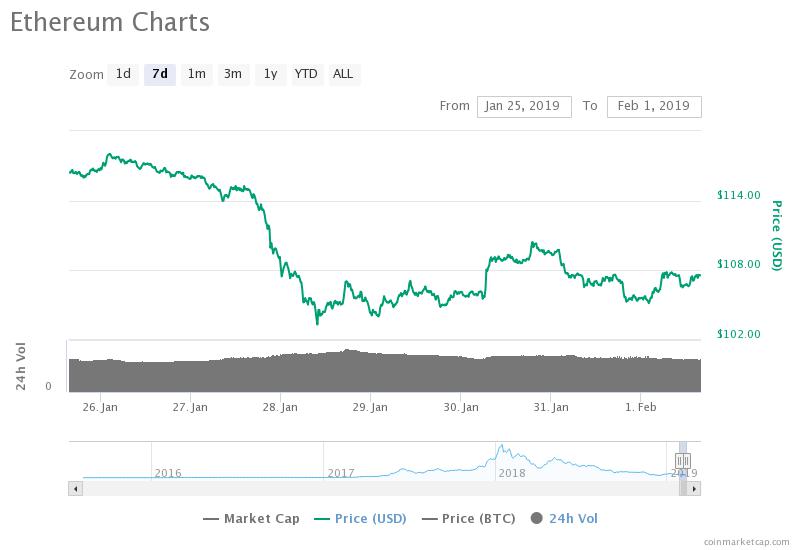 Litecoin (LTC) and the native token of the Binance cryptocurrency exchange, Binance Coin (BNB), are the major gainers among the top 20 cryptocurrencies at press time. According to CoinMarketCap, both coins are up 5.17  percent and are trading at $33.31 and $6.55, respectively.

Total market capitalization of all cryptocurrencies is down 11 percent on the month following a sharp drop on Jan. 10. At press time, total market cap is $114.6 billion.

In traditional commodities markets, oil prices are rising after Saudi Arabia cut supplies to the U.S. A jump in prices yesterday followed a report by the U.S. Energy Information Administration which showed that America-bound imports from the OPEC founder were decreasing.

A report that employment is improving in the U.S. reportedly resulted in a decrease in gold futures prices. While April gold is down 0.20 percent to $1,322.60, the yellow metal is still up 1.9 percent on the week, marking two consecutive weeks of growth. Prices have purportedly been pushed up by trade uncertainties between the U.S. and China, and a hint that the U.S. Federal Reserve could pause interest rate increases.