Saturday, Jan. 26 — most of the top 20 cryptocurrencies are reporting slight gains on the day to press time. Bitcoin (BTC) is hovering over $3,600 again, according to Coin360 data. 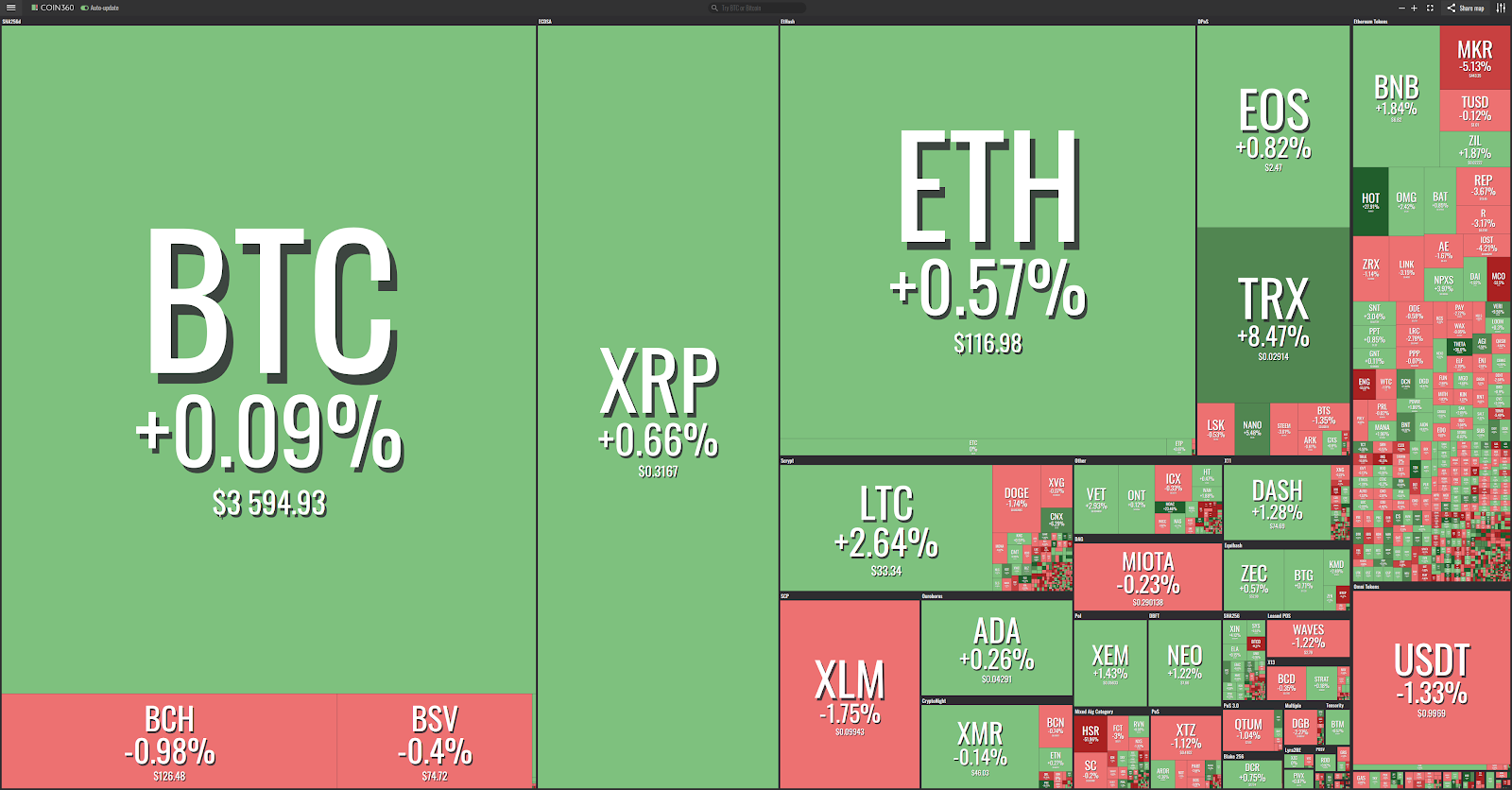 At press time, Bitcoin is seeing no significant price change on the day, trading at around $3,607, according to CoinMarketCap. Looking at its weekly chart, the current price is lower than $3,745, the price at which Bitcoin started the week.

Ripple (XRP) has seen its value undergo little change in the 24 hours to press time, trading at around $0.316, gaining little over half a percent on the day. On its weekly chart, the current price is lower than $0.332, the price at which XRP started the week.

Second-largest altcoin Ethereum (ETH) has also seen its value increase by over half of a percent over the last 24 hours. At press time, ETH is trading at $117, having started the day about one dollar lower. On the weekly chart, Ethereum’s current value is lower than $125, the price at which the coin started the week.

Among the top 20 cryptocurrencies, the ones experiencing the most notable price action are Tron, which is up nearly 8 percent, Litecoin (LTC) and Binance Coin (BNB), which are both up about 3 percent.

The combined market capitalization of all cryptocurrencies — currently equivalent to about $120.3 billion — is around 124.9 billion at press time, the value it reported one week ago.

As Cointelegraph recently reported, Nouriel Roubini, a notorious cryptocurrency critic, has stated that blockchain is “no better than an Excel spreadsheet” during a panel at the Blockchain Economic Forum in Davos.

Also, a survey by trade association the Global Blockchain Business Council recently showed that 40 percent of institutional investors believe blockchain may be the most important innovation since the internet.

Stablecoins Are Changing and It’s a Big Deal