Friday, Dec. 26 — crypto markets are tentatively recovering after hefty losses hit all major cryptocurrencies yesterday on Christmas Day. All of the top 10 coins by market cap are seeing mild losses or gains of within a three percent range both red and green, as data from Coin360 shows. 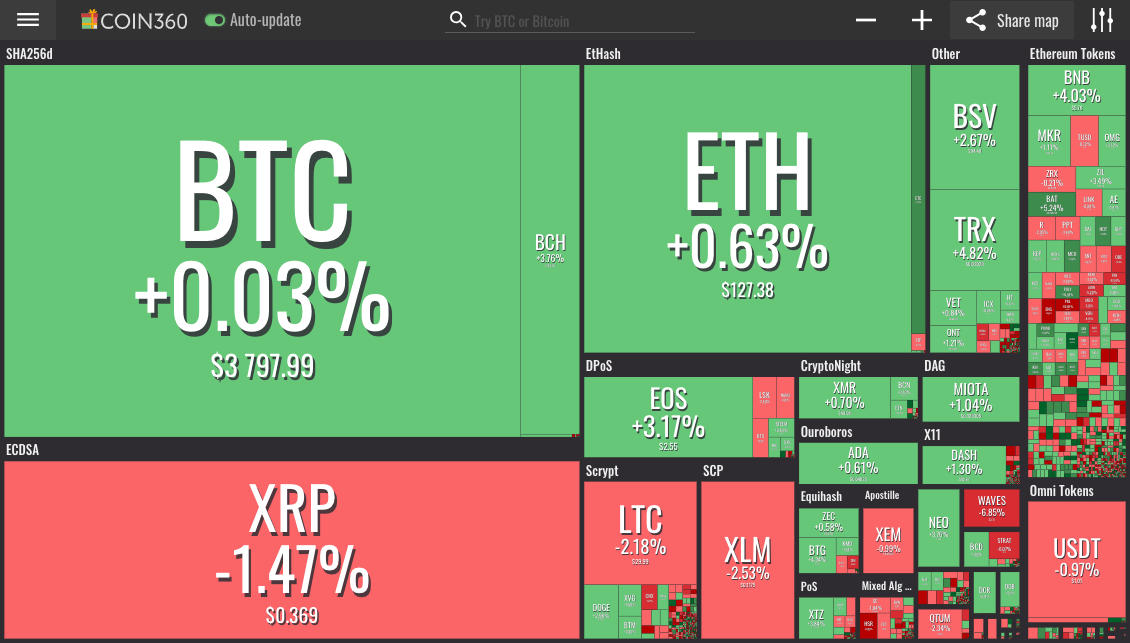 Bitcoin (BTC) has seen negligible price change over the 24 hours before press time, and is currently trading around $3,804. After a steep price dip yesterday, the coin is stemming further losses and is holding at a price change close to the start of its weekly chart. Overall on the week, Bitcoin has veered between as high as over $4,236 on Dec. 23, to today’s lower price point.

Bitcoin’s swings have resulted in an around 7 percent gain on the week; on the month, the coin is a mild 1.3 percent in the red. 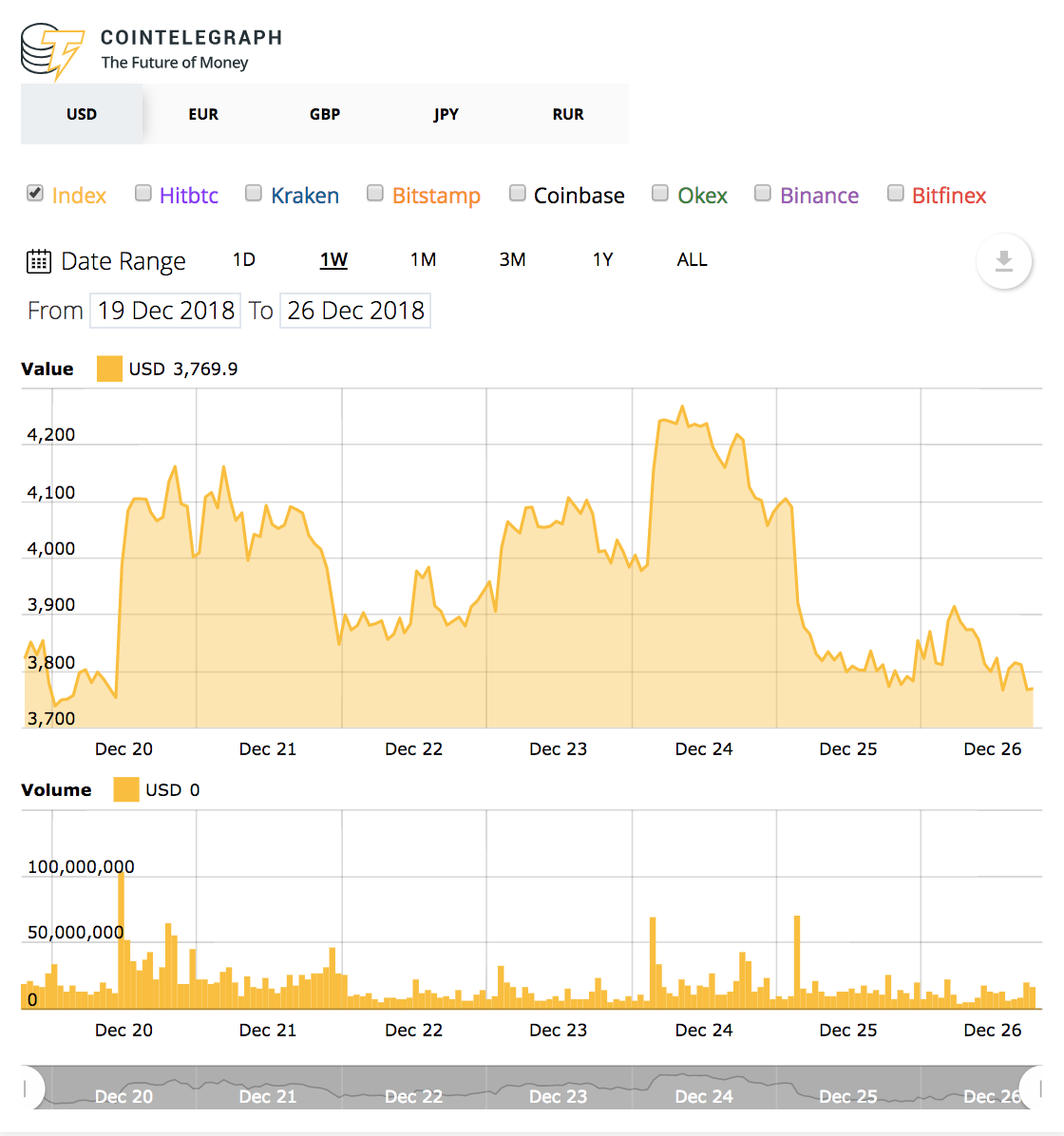 Second-largest crypto by market cap Ripple (XRP) has continued to shed some value, after having shouldered double-digit losses yesterday. The asset is trading at $0.37, down just over 2 percent on the day, according to Cointelegraph’s Ripple Price Index. Notwithstanding an intraweek spike to $0.45 on Dec. 23, Ripple has mostly been trading range bound between $0.35 – $0.39. On the week, the alt has come full circle to the same price point; monthly losses are about 2.4 percent. 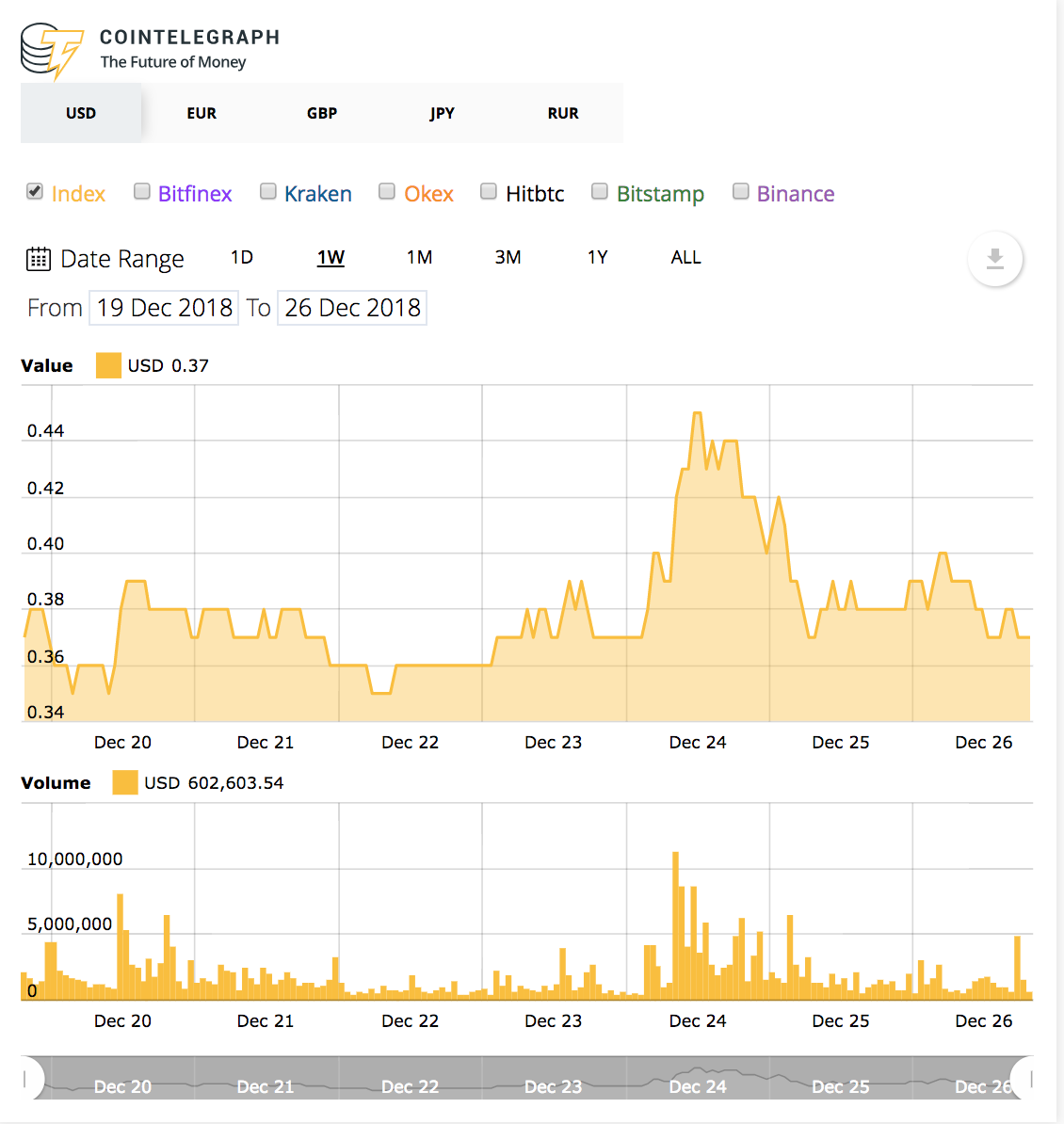 Ethereum (ETH) — ranked third by market cap — has inched up a sliver of a percentage point over the past 24 hours, and is currently trading at $127. Despite a bearish performance yesterday as the wider market crash, Ethereum remains a bullish 35 percent in the green on its weekly chart, and is comfortably in green on the month, up by around 14 percent. 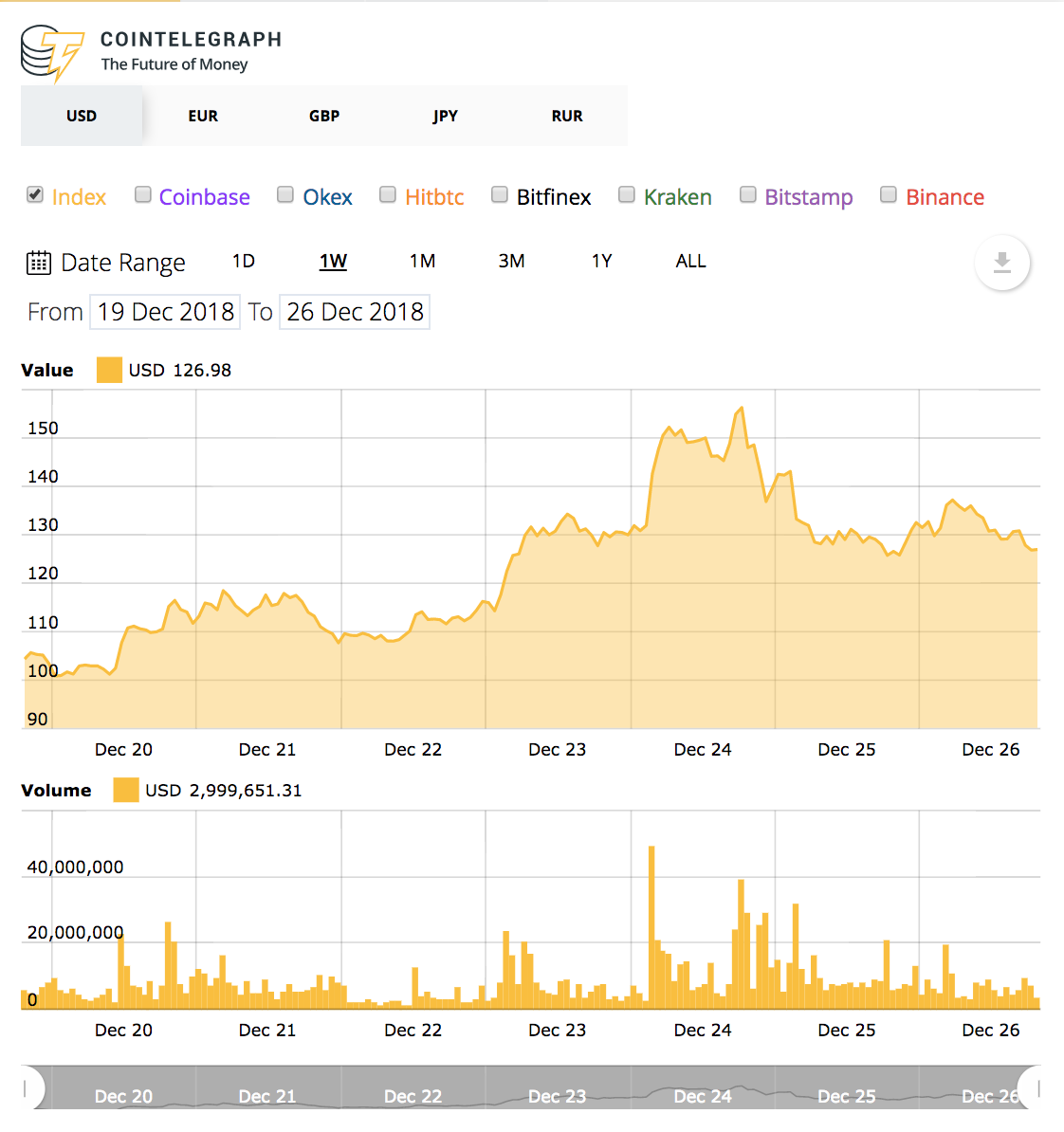 Fourth-largest cryptocurrency Bitcoin Cash (BCH) has sealed stronger 24-hour gains, and is currently close to 4 percent up on the day at $170. Having seen large growth this week, the coin is up by around 93 percent up on its weekly chart — and down by around 12.3 percent on the month.

Total market capitalization of all cryptocurrencies is at $128.1 billion as of press time — down from an intraweek high of over $146.5 billion on Dec. 24. It nonetheless remains significantly higher than a low of $114.9 billion at the start of the 7-day chart on Dec. 18.

In news for the Asian crypto markets today, Japan’s Mizuho Financial Group has revealed plans to introduce a digital currency to be used for remittances and payments this coming March.

Meanwhile, the Asia fintech and crypto leader of audit firm PwC Hong Kong has predicted that many institutional players will enter the crypto industry in 2019, citing increasing regulatory clarity as a key factor.