Friday, Dec. 25 — crypto markets are lacking in Christmas cheer, with many major crypto assets hit with double-digit losses. Virtually all of the top 100 coins by market cap are in the red, as data from Coin360 shows. 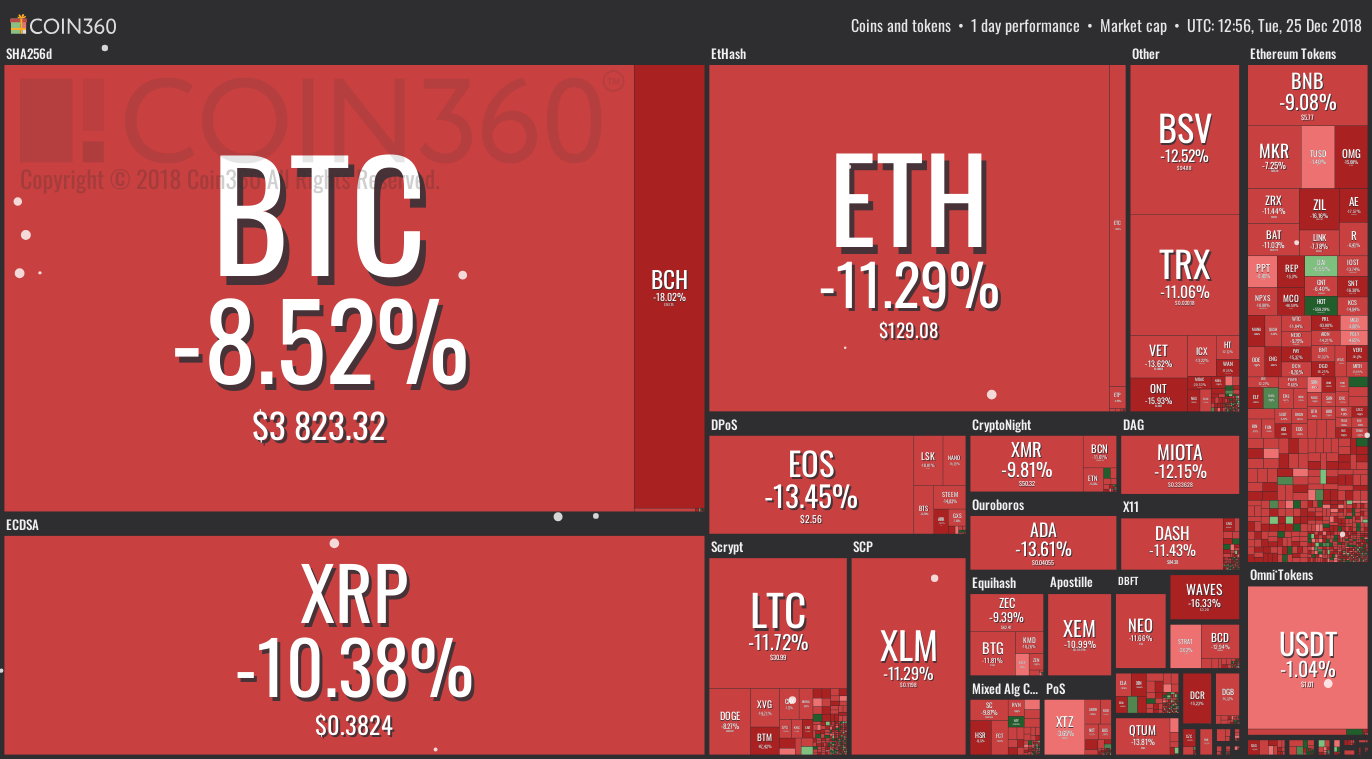 Largest cryptocurrency Bitcoin (BTC) has plummeted over 9 percent on the day, and is trading at $3,812 as of press time, according to Cointelegraph’s Bitcoin Price Index. After bullish growth yesterday, Christmas eve, to break over $4,236, the top coin has been trading as low as $3,755 in the trading hours before press time — an around $500 drop.

Over these past seven days, Bitcoin’s trading pattern has been characterized by high volatility — veering between reclaiming the $4,000 price point and beyond, to dipping back down towards the $3,700–$3,800 range.

While the coin is still a strong 17.2 percent higher than its value at the start of its weekly chart, on the month, Bitcoin is down by around 12 percent. 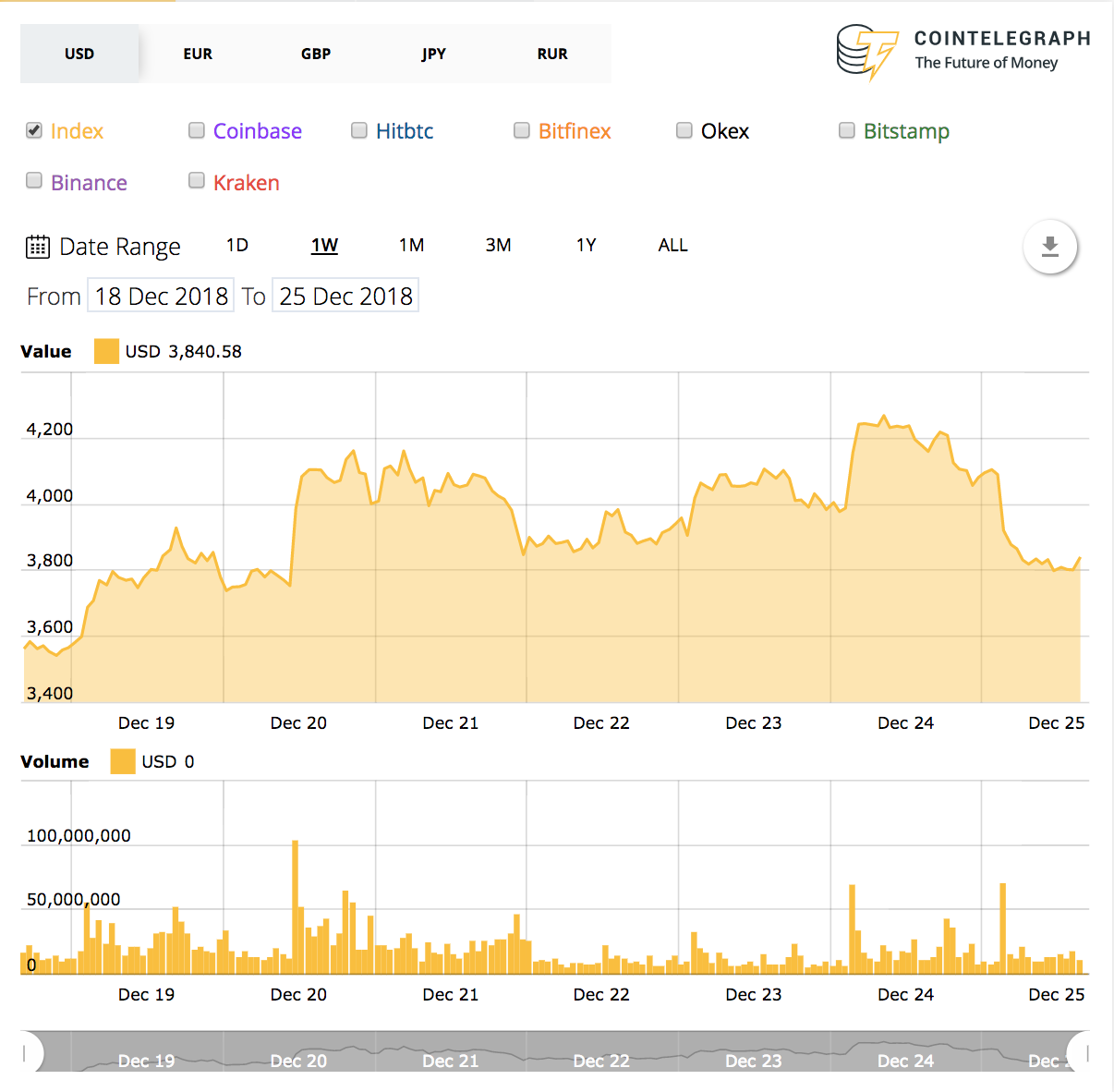 Second-largest crypto by market cap Ripple (XRP) has fared even worse, shedding a stark 15 percent over the 24 hours before press time, according to Cointelegraph’s Ripple Price Index. The asset is currently trading at $0.38 — following an intraweek peak at $0.45 yesterday. On its weekly chart, Ripple is nonetheless a strong 31.5 percent in the green, with monthly losses at a mild 7 percent. 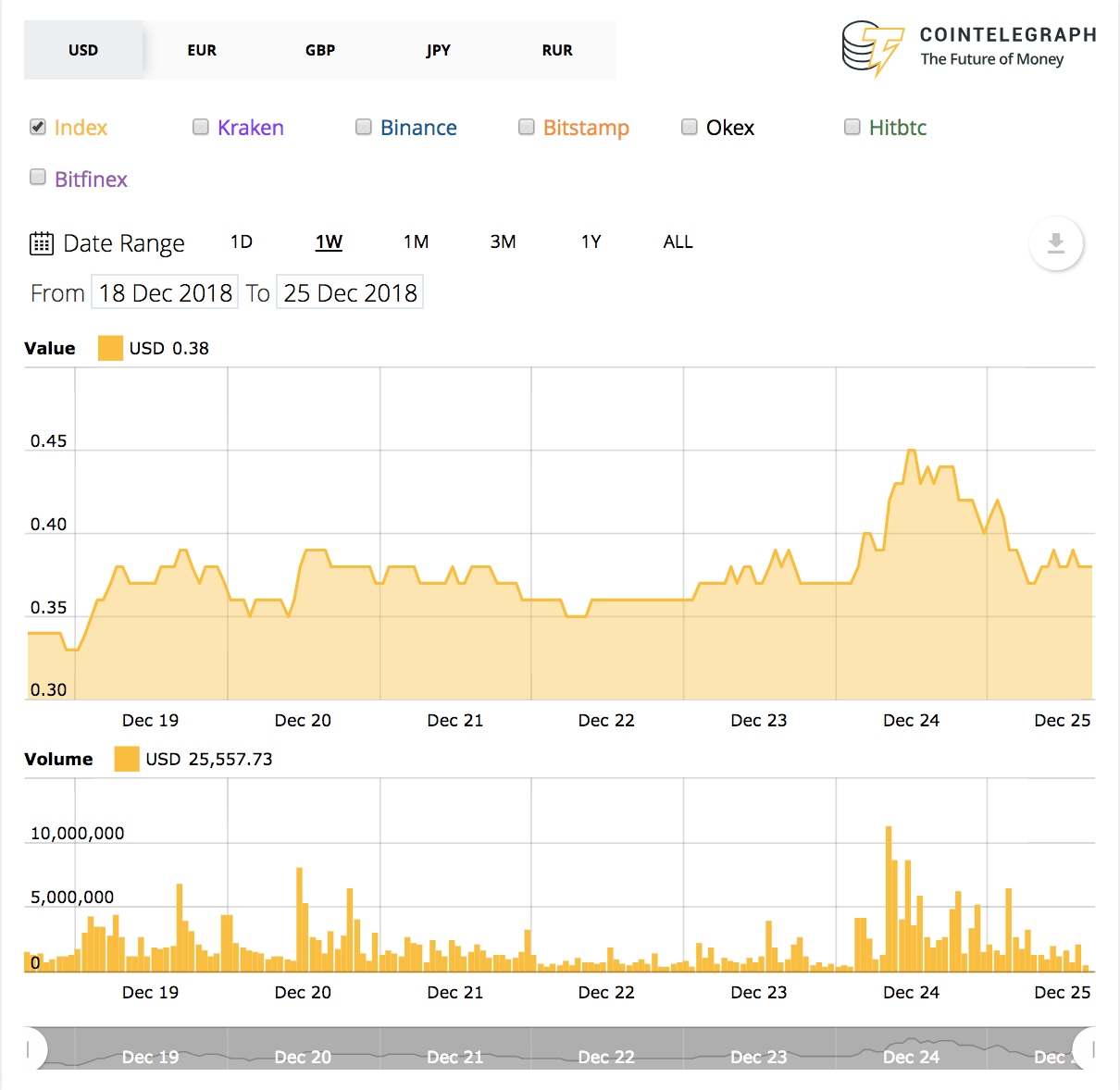 Ethereum (ETH) — ranked third by market cap — has lost over 18 percent on the day and is trading at $127 to press time. During yesterday’s mini-rally, Ethereum had broken above $150 — its highest price point in around five weeks.

Ethereum is a bullish 51.5 percent in the green on its weekly chart, and it has inched into green on the month, up by around 5 percent. 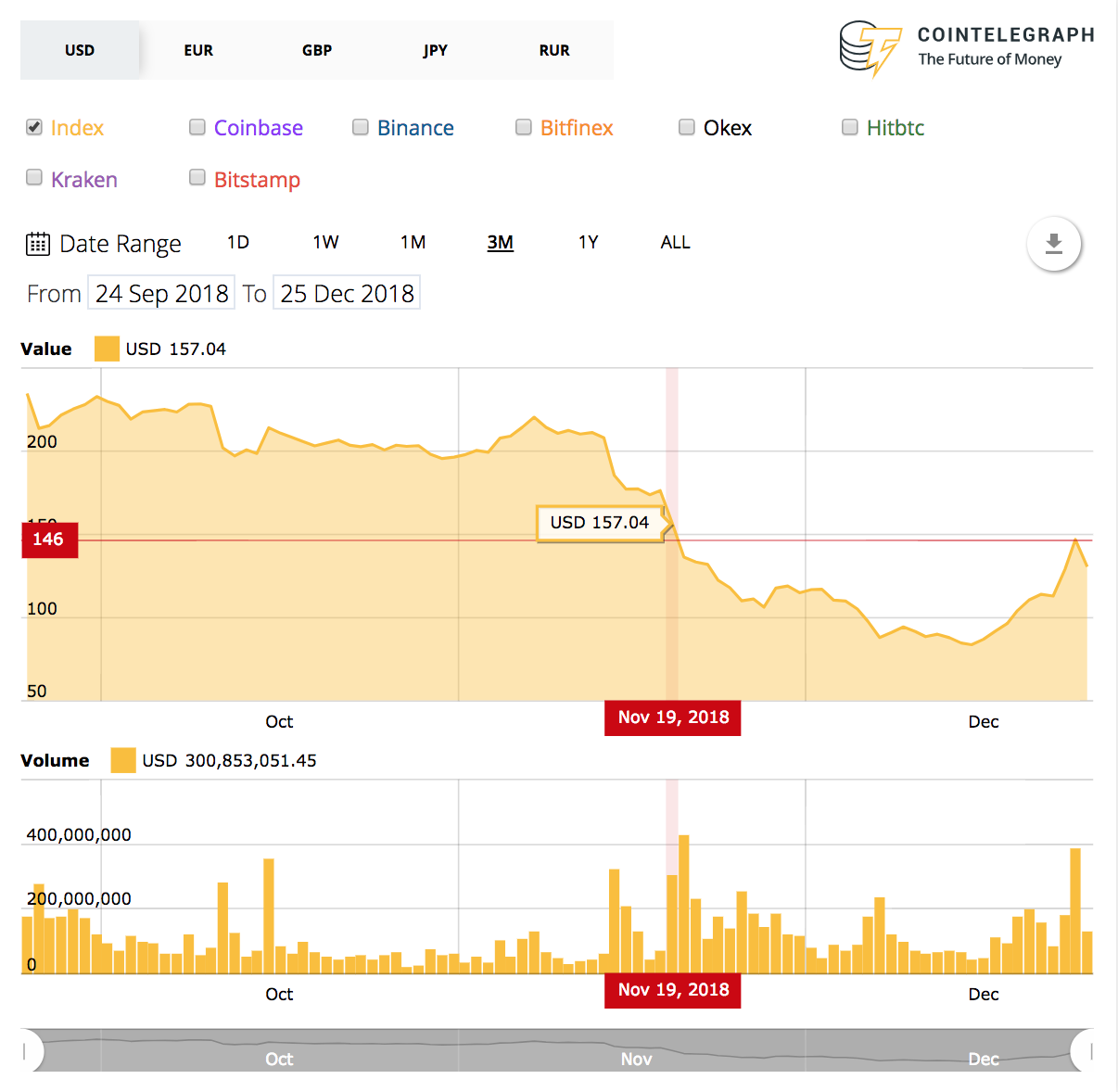 Fourth-largest cryptocurrency Bitcoin Cash (BCH) is down around 20.7 percent and is trading at $164 as of press time. Having seen astonishing volatility as of late, the coin is around 113 percent up on its weekly chart — and down by around 27 percent on the month.

Newly-forked Bitcoin SV (BSV), currently ranked ninth largest cryptocurrency, is down around 15 percent at $93, according to CoinMarketCap data.

Total market capitalization of all cryptocurrencies is at $128.8 billion as of press time — having hit over $147.8 billion yesterday. It nonetheless remains up from a low of $114.2 billion at the start of the 7-day chart on Dec. 18.

On a more positive note for adoption, blockchain protocol TRON (TRX) passed one million user accounts this week, even as the token has not been spared today’s blisteringly red markets.