Friday, Dec. 21 — crypto markets have broken their five-day streak of green, with many of the major crypto assets seeing mild corrections at press time, as data from Coin360 shows. 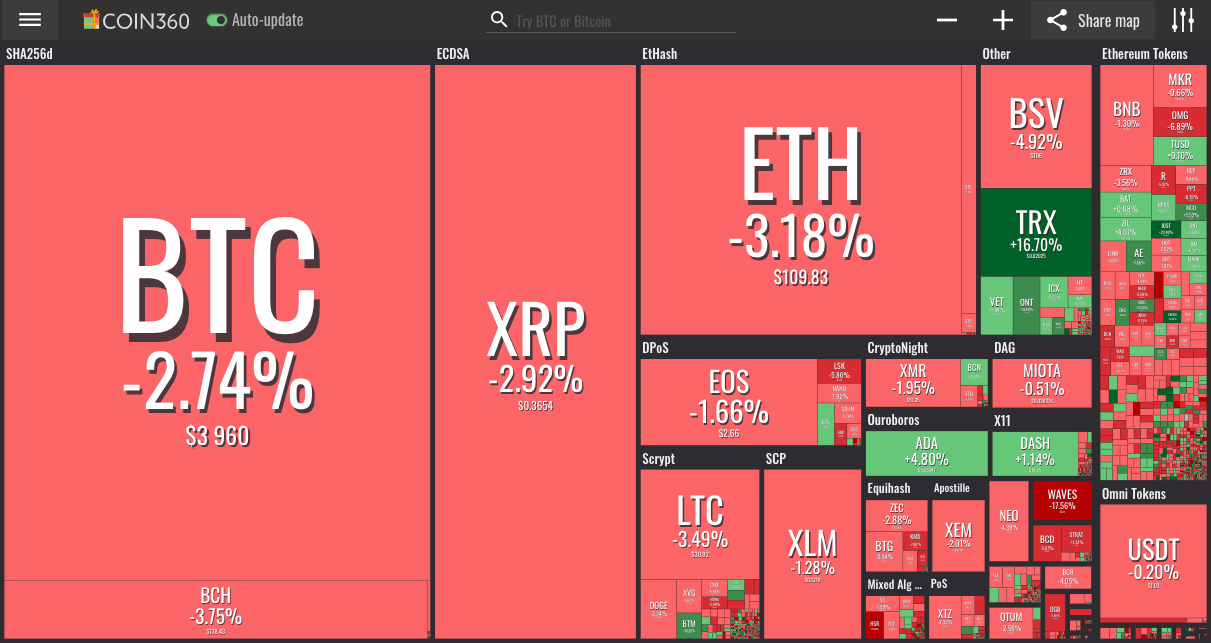 Bitcoin’s recent uptick has sealed an almost 16 percent gain on the asset’s weekly chart; on the month, the coin is down by 16 percent. 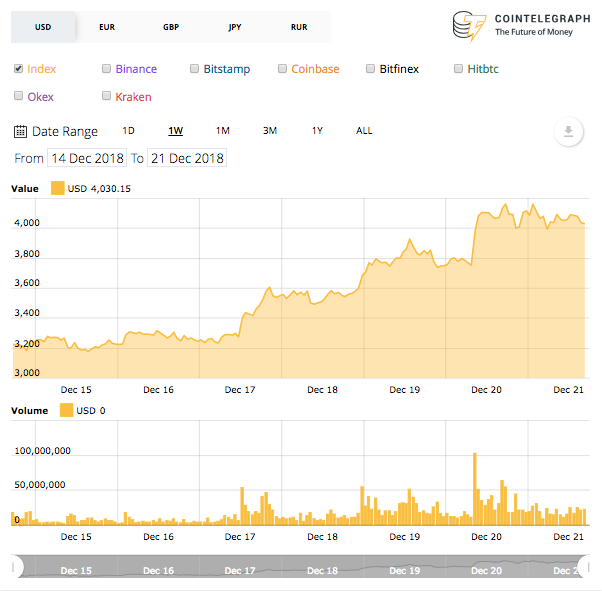 Second-largest crypto by market cap Ripple (XRP) is down just over 3 percent on the day, trading at $0.36 as of press time, according to Cointelegraph’s Ripple Price Index. The asset’s solid growth over the week has brought its 7-day chart to 18.5 percent in the green, with monthly losses nonetheless remaining at a stark 23.5 percent. 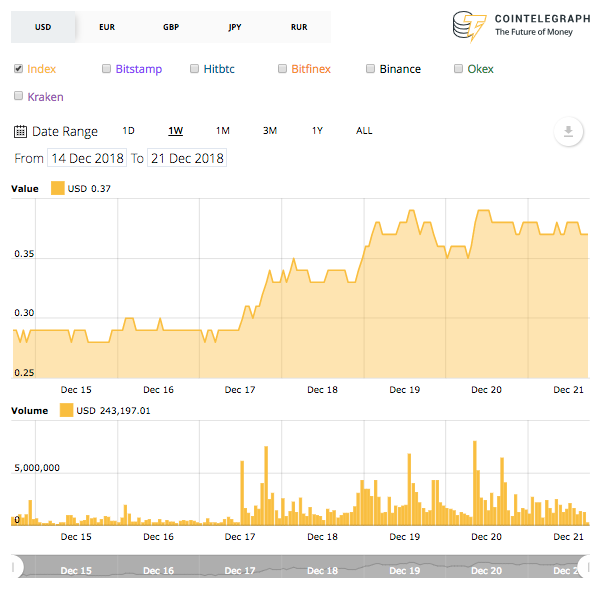 Ethereum (ETH) — ranked third by market cap — has lost slightly more over the past 24 hours, down close to 3 percent on the day and trading at $110 to press time. Before today, the altcoin had seen five days of solid growth — climbing back its three-digit value, having dipped to as low as around $82 on Dec. 14.

While Ethereum is now up close to 22 percent on its weekly chart, it remains down around 26 percent on the month. 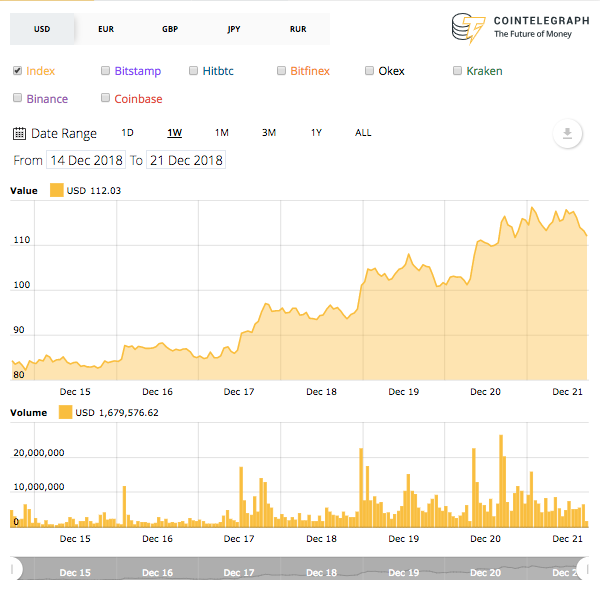 After a spike of around 36 percent yesterday, fourth-largest cryptocurrency Bitcoin Cash (BCH) has seen a negligible 24-hour price change, down just 0.5 percent at $181. Newly-forked Bitcoin SV (BSV), currently ranked eighth largest cryptocurrency, has seen more volatility, down 5 percent around $106, according to CoinMarketCap data.

One notable exception is 20th largest crypto Waves (WAVES), down over 18 percent at $3.34, after bullish funding and development news had seen it spike by over 30 percent earlier this week.

Tron (TRX) is a major market outlier in a positive direction, soaring over 16 percent on the day to trade at $0.02. Cardano (ADA) is also seeing unusual — if milder — growth amid a bearish market, is up almost 4 percent at $0.04.

Total market capitalization of all cryptocurrencies is at around $130.15 billion as of press time — having hit $137.8 billion yesterday. It nonetheless remains up from a low of $101.16 billion at the start of the 7-day chart on Dec. 14.

The bearish market has seen major crypto mining firms such as Ebang, which manufactures ASIC hardware, report “significant decreases” in revenue for the second half of 2018. Meanwhile, the number of new crypto ATMs around the world is reportedly continuing to grow despite the market collapse, according to data published earlier this month.

Today, an article from The Wall Street Journal went so far as to suggest that “the only good thing about investing in cryptocurrencies in 2018 was the tax break,” and that traders should sell and then repurchase their Bitcoin (BTC) to maximize their tax relief.